The legacy of 9/11: Reflections on a global tragedy 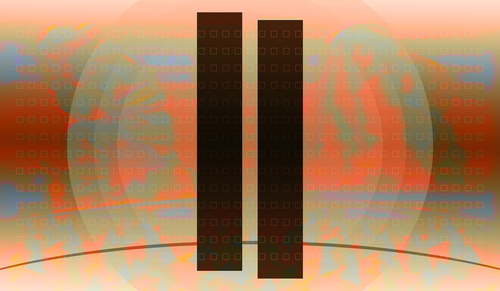 Twenty years after the Sept. 11, 2001 attacks, the tragic consequences of that day continue to resonate across the world. On this somber anniversary, members of the Yale faculty reflect on the painful and complicated legacy of 9/11 and how the trauma of the event, which for a time created unity in the United States, has in the decades since led to a more divided nation and dangerous world.

Societies shift between experiences of division and moments of solidarity. It is collective trauma that often triggers such shifts.

When Osama Bin Laden organized acts of horrific mass murder against civilians on September 11, 2001, he declared that “the values of this Western civilization under the leadership of America have been destroyed” because “those awesome symbolic towers that speak of liberty, human rights, and humanity have… gone up in smoke.” What happened, instead, was that Americans recast the fearful destruction as an ennobling narrative that revealed not weakness, but the strength of the nation’s democratic core.

Before 9/11, American had been experiencing a moment of severe political and cultural division. In its immediate aftermath, the national community was united by feeling, marked by the loving kindness displayed among persons who once had been friends, and by the civility and solicitude among those who once had been strangers …

By Joanne Meyerowitz
Arthur Unobskey Professor of History and professor of American studies, Faculty of Arts and Sciences

Shortly after the attacks of Sept. 11, 2001, historians pointed to precedents: the surprise bombing of Pearl Harbor, say, and terrorist attacks — domestic and foreign — that had targeted civilians. They soon moved on to warnings against unnecessary and prolonged wars, with frequent reference to Vietnam, and to placing the security state within the long history of domestic surveillance, racial profiling, and violations of civil liberties. The common thread was that Sept. 11 did not represent a clean break with the past. It was not “one of those moments,” as The New York Times had claimed, “in which history splits” in two …

An embrace of profiling

In 2001, the New York City Police Department established a secret surveillance program that mapped and monitored American Muslims’ lives throughout New York City, and in neighboring states, including Connecticut. In 2011, journalists leaked internal NYPD documents which led to an outcry from public officials, activists, and American Muslim leaders who protested that such racial and religious profiling was not only an example of ineffective policing and wasteful spending of taxpayer dollars, but it collectively criminalized American Muslims. The leaked documents revealed that Yale’s Muslim Students Association was among the campus chapters targeted …

Following the Cold War, the U.S. foreign policy establishment was spoiling for another fight to overthrow tyranny. Yet there was no domestic support for such a war. Saddam Hussein’s invasion of Kuwait led to the first Gulf War. But the failure to end his regime left a good part of the establishment with a sense of unfulfilled destiny. These were the trends underway before 9/11. But there was no outlet to give them voice.

By linking a war on terror with a projection of our idea of democracy onto the Middle East, the attack on 9/11 provided that outlet …

By Kishwar Rizvi
Professor in the history of art, Faculty of Arts and Sciences

September 11, 2001, is a Tuesday. At 8:46 a.m. and 9:03 a.m., two hijacked planes fly into the towers of the World Trade Center. Six hours later, I give my first class of the year, in Street Hall. It is unclear how the afternoon will unfold, but as the class gathers, we find comfort in each other’s presence.

The unconditional empathy and bravery shown by my students that day 20 years ago is something I carry with me. It is a necessary requirement for studying and teaching about Islam today. Art and architecture, framed through social and political discourse, serve as important conduits for understanding the history and culture of the West and South Asia — the epicenter of the “War on Terror” launched soon after 9/11. I find clarity in the work of Shahzia Sikander and Lida Abdul, women artists from the region …

For millions of refugees, the crisis continues

September 11 was a devastating event for the United States, causing the senseless deaths of nearly 3,000 Americans and the injury of more than 6,000 others. September 11 was also a tragedy for the Middle East, as the U.S. responded by initiating two wars, one in Afghanistan in 2001 and one in Iraq in 2003. These long-term and costly wars in the Middle Eastern region have killed thousands of innocent civilians and displaced millions of people.

Of the 26 million refugees and 80 million forcibly displaced people in the world today, the majority are from the Middle East, especially Syria, Iraq, and Afghanistan. Indeed, we are now in the midst of an Afghan refugee crisis, the magnitude of which is yet to unfold …

The loss of history

By Eckart Frahm
Professor of Near Eastern languages & civilizations, Faculty of Arts and Sciences

The events of 9/11 have led to actions on the part of the U.S. that have thoroughly transformed the Middle East. Unfortunately, despite an enormous investment of lives and money, the region remains deeply troubled. The world’s attention has been focused, for good reasons, on the political and humanitarian catastrophes that have befallen it. But for someone like me who is studying the civilizations of the ancient Near East, a particularly devastating aspect of the crisis has been its disastrous effect on the region’s cultural heritage …

Tragedy for the world

September 11 was a tragedy for America, but it prompted an American response that has been a tragedy for the world. After two decades of war, every place American force has touched has been made worse, with the risk of terrorism often exacerbated, and at the price of millions of lives and trillions of dollars.

More than this, even though Joe Biden has followed his two predecessors in withdrawing troops from Afghanistan, the authorities the American president has arrogated over two decades to send force abroad have not been reined in. Nor does the war on terror — as distinct from the wars in Afghanistan and Iraq that started it — seem likely to end in the foreseeable future …

On Sept. 10, Yale Divinity School will commemorate the 20th anniversary of 9/11 with a memorial service. It begins at 11:30 a.m. in Marquand Chapel.