A People’s Constitution: The Everyday Life of Law in the Indian Republic 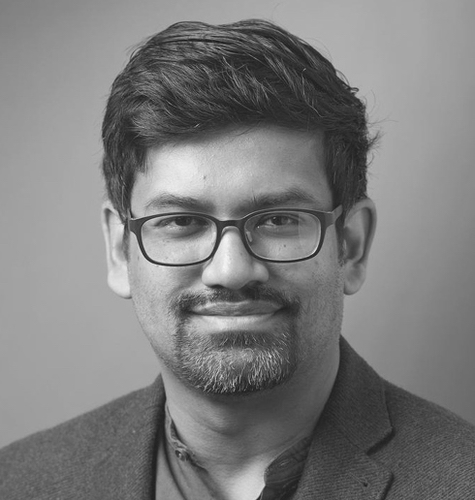 The Constitution of India has often been described as a product of India’s elite, a document written in English, imagined by a few of India’s westernized political leaders, and consequently one that has had little influence from or on India’s masses. This narrative has been challenged in a new book written by Rohit De, Assistant Professor of History and a member of the South Asian Studies Council at Yale. The second segment of the South Asian Studies Colloquium at Yale hosted a panel discussion on De’s new book, titled A People’s Constitution: The Everyday Life of Law in the Indian Republic. In front of a packed audience at Henry R. Luce Hall Auditorium, De was joined by a formidable group of scholars: Giulia Oskan, Karuna Mantena and Steven Wilkinson of the Political Science Department at Yale, and Nusrat Choudhury, an anthropologist at Amherst College.

De began by fleshing out the two inter-linked fundamental revisions to legal historiography that his book aims to achieve. The first was a refutation of the idea that post-colonial law was simply a continuation of its colonial-era predecessor; instead, argued De, the promulgation of a new constitution in independent India marked a distinct change in the discourses of the rights regime in the Indian legal sphere. From a dualistic paradigm of rights to property and religion under the colonial regime, the Constitution – or, more specifically, the ways in which people breathed a popular imagination into it – evoked a number of new discourses specific to the post-colonial state. The case of cow-slaughter, for example, saw the question of the Qureshi community’s right to slaughter cows examined in not just socio-political but also economic terms, and of both the community but also the wider body politic.

But this also highlights De’s second important argument – that the Constitution has a history and a life shaped from below. De’s subjects are often India’s most marginalized minorities – sex workers, Muslim butchers, Parsi drinkers and petty vendors – who were able to use the Constitution to challenge existing laws, make claims and help formulate new, ethical modes of citizenship and law.

De’s fellow panel members probed him on a number of aspects. Choudhury, for example, brought up the ‘elephant in the room’ of language. Despite the Constitution being authored in English (and with English as the ‘preferred’ version), its words in English travel far, inspiring a litigiousness in India among people at the margins. Wilkinson, meanwhile, wondered if all marginalized groups play large roles, to which De acknowledged that farmers are a major group left out. In some ways, popular mobilizations of the Constitution are limited to urban groups, particularly those on the fringes of the urban space where there is state involvement in the life of individuals.

Giulia, meanwhile, noted how the legitimacy of law was not conditional on its actual effectiveness. Almost all the cases made eventually failed, but they were still effective in shaping legal and political consciousness. Although citizens are ultimately pursuing personal interests, they project them in terms of neutral rather than personal or communal citizens. This interplay between public powers helped birth a new liberating power that challenged the executive hegemony of the Nehruvian state. Class struggle became class action; and civil litigation was in fact replaced by litigation against the state. In particular, as emerged during the Q and A session, constitutional law allowed different citizens to challenge the state’s imagination of a permissible citizen.