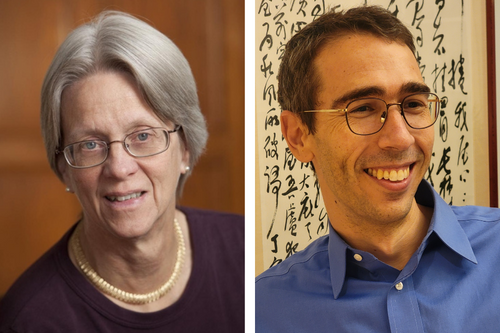 Professor Rose-Ackerman received the 2022 Gustav Ranis International Book Prize for best book for Democracy and Executive Power: Policymaking Accountability in the US, the UK, Germany, and France (Yale University Press).

Established in 2004 to recognize the distinguished legacy of two former directors of the MacMillan Center, the prizes are awarded for books on international topics written by current members of the Yale faculty. Award recipients receive a research appointment at the MacMillan Center and a $5,000 research award.

Democracy and Executive Power: Policymaking Accountability in the US, the UK, Germany, and France (Yale University Press)

A defense of regulatory agencies’ efforts to combine public consultation with bureaucratic expertise to serve the interest of all citizens.

The statutory delegation of rule-making authority to the executive has recently become a source of controversy. There are guiding models, but none, Susan Rose-Ackerman claims, is a good fit with the needs of regulating in the public interest. Using a cross-national comparison of public policy-making in the United States, the United Kingdom, France, and Germany, she argues that public participation inside executive rule-making processes is necessary to preserve the legitimacy of regulatory policy-making.

Often considered China’s greatest poet, Du Fu (712–770) came of age at the height of the Tang dynasty, in an era marked by confidence that the accumulated wisdom of the precedent cultural tradition would guarantee civilization’s continued stability and prosperity. When his society collapsed into civil war in 755, however, he began to question contemporary assumptions about the role that tradition should play in making sense of experience and defining human flourishing.

In this book, Lucas Bender argues that Du Fu’s reconsideration of the nature and importance of tradition has played a pivotal role in the transformation of Chinese poetic understanding over the last millennium. In reimagining his relationship to tradition, Du Fu anticipated important philosophical transitions from the late-medieval into the early-modern period and laid the template for a new and perduring paradigm of poetry’s relationship to ethics. He also looked forward to the transformations his own poetry would undergo as it was elevated to the pinnacle of the Chinese poetic pantheon.

Susan Rose-Ackerman has published widely in the fields of law, economics, and public policy. Her current research interests are the comparative study of administrative law and public policy making, and the political economy of corruption and its control.

Lucas Bender is a scholar of Chinese literature and thought, specializing in the medieval period (roughly 200 CE through 1100). He is most interested in the question of what positive conclusions we can draw from the vast amount we don’t know.