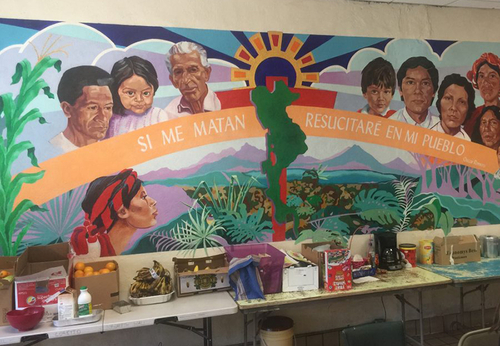 The following article written by Catherine Panter-Brick appeared in the Journal of Refugee Studies on January 25. According to the abstract, “It examines how notions of solidarity, social justice, and faith guide humanitarian work at the U.S.-Mexico border. Based on interviews and participant observation in three regions, it examines the narratives of lay and religious actors serving migrants, refugees, and asylum-seekers, to understand the moral and political resonance of their work in the context of border surveillance, migrant detentions, and mass deportation. Different notions of solidarity and justice jostle one another, espousing political and structural dimensions, whilst faith inspires the conviction that change can be enacted. A radical message for social action is, notably, fueled by anger and courage, and used to confront pain and fear in the humanitarian and political sphere. This article contributes to a better understanding of how notions of human dignity, justice, and advocacy are articulated by humanitarian actors at the border, a site of striking civic and faith-based resistance to the criminalization of refugee and undocumented communities.”

Fieldwork was funded by the Program for Refugees, Forced Displacement, and Humanitarian Responses at Yale University and the British Council.