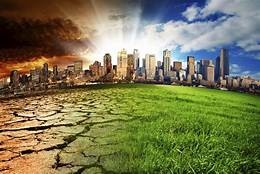 On December 9, the Whitney and Betty MacMillan Center for International and Area Studies at Yale and the American Academy of Arts and Sciences co-hosted “Steps Toward International Climate Governance” as a Zoom webinar. The program, which featured remarks from the 2018 Nobel Prize in Economic Science recipient William Nordhaus (Yale University), was supported by the George Herbert Walker Jr. Lecture in International Studies at Yale University. The event had originally been scheduled for April 2020 but was postponed due to the coronavirus crisis. (view webinar video)

Nordhaus was joined by Pinelopi Goldberg, the Elihu Professor of Economics at Yale and former chief economist of the World Bank, and Scott Barrett, Vice Dean of the School of International and Public Affairs and Lenfest-Earth Institute Professor of Natural Resource Economics at Columbia University. Rescheduling the event to a period after the November 2020 presidential election allowed the panelists to answer questions about the potential new trajectory of international cooperation and climate agreements under a Biden administration.

The program began with a welcome from Steven Wilkinson, the Henry R. Luce Director of the MacMillan Center, who expressed his appreciation to the family of George Herbert Walker Jr. for their support of conversations on the most pressing international issues of the day. American Academy president David Oxtoby followed up by gaveling in the meeting, as is the tradition of the American Academy. As Oxtoby explained,

“The American Academy was founded in 1780 by those like John Hancock and John Adams who recognized that the new nation would require new institutions to advance learning in service to the public good. Since that founding, Academy presidents have banged a gavel to begin two thousand and ninety-four different ‘Stated Meetings’ on crucial issues and ideas of the time.”

“Steps Toward International Climate Governance” was only the third virtual stated meeting in Academy history, but he and Wilkinson agreed that there was perhaps no more pressing issue facing the globe than the climate crisis.

Nordhaus’ presentation was designed to explore national and international strategies for slowing global warming. He focused on four key issues: 1) how little progress has been made in slowing emissions 2) the particular challenges of incentives for low-carbon technologies 3) the important role of carbon pricing and 4) the need to combat international free riding with a climate compact. His presentation addressed the unique context of the global COVID-19 pandemic, which has produced a temporary but dramatic cut in emissions. Despite the low consumption during the coronavirus crisis, the CO2 concentration has not declined noticeably, suggesting a “great inertia” in the climate system that cannot be solved overnight, even with dramatic reductions.

Within that context, Nordhaus argued that the current infrastructure for climate control was inadequate and presented what he described as a radical approach to overcome the issue of free riding. He proposed the idea of “climate clubs” or “climate compacts”—voluntary, stable, and effective multi-national agreements that generate incentives to coerce nations into reducing their carbon consumption. Nordhaus proposed that these compacts have two features: 1) a target carbon price ($50/ ton of CO2) and 2) a tariff penalty on non-participants of 3%. He argued that agreements will only work with both elements in place.

Professor Goldberg, an expert in trade, responded to Nordhaus’ remarks with a slightly more optimistic take on the state of international climate governance. Goldberg agreed with the assessment that the current climate infrastructure is ineffective, but she believes that there is hope for some significant changes in the relatively near future. Her optimism is based in the observation that the increase of tsunami, drought, hurricanes, and other disasters have made the average voter more amenable to the necessity of enacting bold climate policies. She also noted that the recent unprecedented response of governments to COVID-19 suggests that advanced economies are willing to trade off economic growth for other priorities.

Goldberg also engaged with the Nordhaus’ proposal, and acknowledged some skepticism on the strategy of tariff penalties. Though she is in favor of the concept for combatting climate change, Goldberg discussed the political feasibility of carbon taxing, noting that the framing of these tax policies must emphasize that they are not regressive if they are to be politically saleable—both domestically and in the international space. Goldberg ended by discussing the role of tariffs might play on economic relationships with major polluting countries like China, India, Pakistan. She suggested giving those nations more time to adjust to avoid outright rejection of the concept, which would be to the long-term detriment of the climate change movement.

Finally, Scott Barrett presented his own response to the earlier presentations. He spoke to the free riding problem and the “theater” of international climate negotiations in which the whole world comes together to acknowledge how essential it is to act collectively before agreeing to an ultimately toothless and unsuccessful strategies. Barrett addressed the history of international cooperation and climate governance, providing an overview of previous attempts, including the Kyoto Protocol, the Paris Accords, the American Clean Energy and Security Act, and the European Union Aviation Directive. He finished with the idea that the climate problem will only be solved if we internalize the lessons learned from the last 30 years of ineffective approaches to international climate governance.

Following these presentations, the panelists participated in a Q&A moderated by Oxtoby. They answered questions about how to advise the Biden Administration in the first 100 days, the limitations of economics and the importance of interdisciplinary approach, and who is the beneficiary of the carbon tariffs collected.

Traditionally, these co-sponsored lectures include a reception and the chance for conversation and connection following the panel. Although that camaraderie is somewhat lost in an online setting, holding the event as a Zoom webinar allowed the program to reach a larger audience than is typically possible. Attendees included American Academy members who logged in from across the world and Yale community members that notably included alumni not based in New Haven. Audience members used the chat function and the Q&A to weigh in on economic theory, share their perspectives, and wish the panelists well.