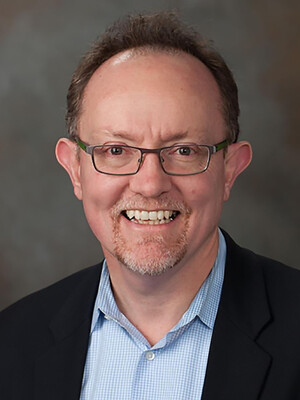 Faculty of Arts and Sciences (FAS) Dean Tamar Gendler has announced that Steven Wilkinson will serve as acting FAS dean of social science for a one-year term, through June 2022, pending Yale Corporation approval.

A member of the Faculty of Arts and Sciences, Wilkinson is the Nilekani Professor of India and South Asia, professor of political science and international affairs, a professor in the Institution for Social and Policy Studies, and the Henry R. Luce Director of the MacMillan Center for International and Area Studies. During the Fall 2021 semester, Wilkinson will serve alongside Alan Gerber, current FAS dean of social science. He will assume the role of acting FAS dean of social science for the Spring 2022 semester.

Wilkinson is a noted scholar of comparative politics and an elected member of the American Academy of Arts and Sciences. He served as chair of the Department of Political Science from 2014 to 2019 and assumed directorship of the MacMillan Center in 2019. He also serves currently as the deputy chair of the FAS Faculty Senate. He is the author of many articles and books on South Asian politics including “Votes and Violence” (Cambridge, 2004), which won the best book award of the American Political Science Association, and most recently “Army and Nation: India’s Military and Democracy since Independence” (Harvard, 2015).

“Steven Wilkinson has shown exceptional leadership in each of the roles he has occupied,” said Gendler in her announcement of the appointment. “As chair of the Department of Political Science, he brought a passionate commitment to excellence in scholarship and teaching across the discipline’s subfields. As director of the MacMillan Center, he has been an extraordinary steward of one of the campus’s key cross-disciplinary institutes. He is known by all who have worked with him for his wisdom, his dedication, his integrity, and his judgment.”

Gerber will return to his role as professor of political science and director of the Institution for Social and Policy Studies (ISPS) following seven years as dean. Gerber joined the FAS faculty in 1993. He began his position as FAS divisional director for the social sciences in 2013, and became the inaugural FAS dean of social science in 2014. During his time in these roles, he fortified the FAS’s strengths in data-intensive social sciences by facilitating cross-departmental partnership and by playing a key role in reconceptualizing the Department of Statistics and Data Science. During his deanship, the number of majors in statistics and data science has grown from single digits to over 60 each year. Gerber also worked to improve research infrastructure across methodological approaches, forming a working group to identify and address gaps in research support for qualitative and mixed-methods research. As director of the Institution for Social and Policy Studies (ISPS), Gerber stewards research that aims to shape public policy. During the pandemic, he spearheaded the launch of COVID-19: ISPS and Yale Social Science, an online hub that connects faculty and facilitates collaborative research that aims to mitigate the impacts of COVID-19. He also launched ISPS Democracy, a project which aims to further research and discussion of the critical social and political challenges facing democratic representation and policy making.

A member of the American Academy of Arts and Sciences, Gerber is the co-author of the award-winning book “Unhealthy Politics: The Battle over Evidence-Based Medicine” (Princeton University Press) and editor of the edited volume “Governing in a Polarized Age: Elections, Parties, and Political Representation in America” (Cambridge University Press), and he has authored and co-authored dozens of papers and articles on voter turnout, political campaigning, ballot secrecy, and other topics.

As FAS social science dean, Wilkinson will work with colleagues from within and beyond the division to support and promote individual and collective work in the social sciences. The FAS dean of social science oversees the day-to-day well-being and mid- and long-term planning of the departments in the FAS Division of Social Science (Anthropology, Economics, Linguistics, Political Science, Psychology, Sociology, and Statistics & Data Science) and works with the FAS dean of humanities to oversee cross- divisional programs (including African American Studies; American Studies; Ethnicity, Race, and Migration; and Women’s, Gender, and Sexuality Studies). The social science dean also serves as a member of the FAS leadership team, and as a voting member of the committees that oversee the governance of the FAS, including the FAS Steering Committee and the Faculty Resource Committee. A full description of the position is available on the FAS website.