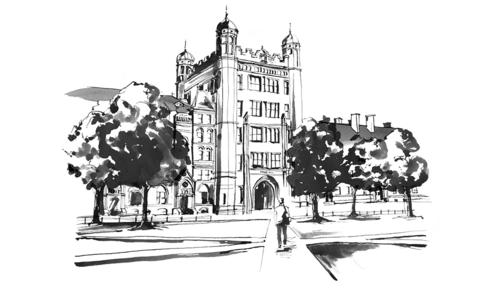 Yale University and 150 other colleges and universities nationwide have joined an amicus brief  supporting a program that allows international students to gain work experience outside the classroom in their fields of study.

Filed on June 21 in the U.S. Court of Appeals for the D.C. Circuit in litigation titled Washington Alliance of Technology Workers v. U.S. Department of Homeland Security, the brief was filed in support of continuing Optional Practical Training (OPT), a federal program that provides temporary employment authorization to graduate and undergraduate students with F-1 visa status to gain practical training beyond their coursework.

At issue in the case is whether the U.S. Department of Homeland Security (DHS) has the authority to grant work authorization to students with F-1 visas. Yale and the institutions that joined the amicus brief belong to the Presidents’ Alliance on Higher Education and Immigration, which coordinated the filing with NAFSA: Association of International Educators.

“OPT provides untold benefits for these international students,” the brief states. “At the same time, and just as critical, the opportunities OPT facilitates for international students provide American institutions of higher education an edge in an increasingly competitive global education marketplace. Without OPT, the education that international students will receive in the United States will be less robust, and the ability of American colleges and universities to attract and educate the best and brightest from around the world will diminish.”

In November 2020, a U.S. district judge ruled that the DHS has legal authority to allow foreign students to work in the United States under OPT. The plaintiffs are challenging the decision to the U.S. Court of Appeals and a reversal of the district judge’s decision could end the program. Yale joined a similar amicus brief filed in November 2019 ahead of the district court’s decision.