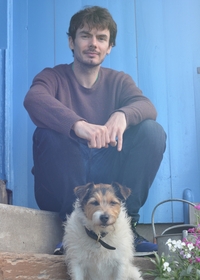 Dr. Dominic Martin is a postdoctoral research associate and lecturer in Russian Studies in the European Studies Council at the Macmillan Center for International and Area Studies at Yale. Dr Martin was trained in social anthropology at the University of Cambridge (PhD 2016). His doctoral thesis was based on two years’ ethnographic and archival research on an Russian Orthodox monastery in a “closed” city near Vladivostok. At Yale Dominic will work on a book manuscript: an ethnography of Russian men who in the 1990s converted to Orthodox Old Belief and restored the Far Eastern Cossack Host, it describes the manly ‘thumotic’ virtues that were realised by embracing and reviving conservative Russian traditions. Before coming to Yale, Dr Martin was a research fellow at the Center for Historical Research, Higher School of Economics, Saint Petersburg, where with colleagues he started a new field project in Ekaterinburg on the centennial commemorations of the murder of Tsar Nicholas II and his family. Dominic has previously been a visiting researcher at the University of California, Berkeley, and the Wissenschaftzentrum für Sozialforschung, Berlin, and has been a fellow for the Japan Society for the Promotion of Science in Tokyo.