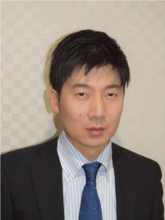 Despite prewar modernization and imperialism and postwar economic growth, Japanese diplomacy has long suffered from a sense of victimization. The sentiment derives from “Unequal Treaties” thrust upon Japan in the mid-nineteenth century. Japanese citizens relived the experience with the US-Japan Security Treaty after World War II, as incidents arose between Japanese citizens and American soldiers in Japan. This talk examines little known tactics used by Japanese officials to restore some sovereignty under both the “Unequal Treaties” and the US-Japan Security Alliance. How might we adjust the alliance to best fit the challenges of twenty-first century East Asia?
Kaoru Iokibe is Professor, Graduate Schools for Law and Politics, University of Tokyo, and is currently an Academic Associate at the Weatherhead Center for International Affairs, Harvard University. He has a PhD in Law from Tokyo University and focuses on the political and international history of modern Japan. His first book examined opposition politics in latter nineteenth/early twentieth-century Japan (2003). His second book highlighted the latter nineteenth-century revision of “unequal treaties” and restoration of Japanese sovereignty (2010, English translation forthcoming). Recently he has begun investigating postwar US-Japan relations and the history of political lies, the latter resulting in the publication of his third book, Political History of Deception: The Insincere Politics of a Sincere Society (2020).