ISS Visiting Fellow Discussion Forum | There is Nothing Here for You: Finding Opportunity in the Twenty-First Century 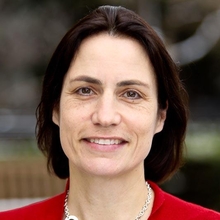 International Security Studies will host a Visiting Fellow Discussion Forum featuring Fiona Hill, PhD, senior fellow in the Center on the United States and Europe in the Foreign Policy program at Brookings.
Hill’s latest book, “There is Nothing Here for You: Finding Opportunity in the Twenty-First Century,” chronicles how declining opportunity has set America on the grim path similar to modern Russia—and draws on her personal journey out of poverty, as well as her unique perspectives as an historian and policy maker, to show how we can return hope to our forgotten places.
Hill recently served as deputy assistant to the president and senior director for European and Russian affairs on the National Security Council from 2017 to 2019. From 2006 to 2009, she served as national intelligence officer for Russia and Eurasia at The National Intelligence Council. She also is the co-author of “Mr. Putin: Operative in the Kremlin.”
Prior to joining Brookings, Hill was director of strategic planning at The Eurasia Foundation in Washington, D.C. From 1991 to 1999, she held a number of positions directing technical assistance and research projects at Harvard University’s John F. Kennedy School of Government, including associate director of the Strengthening Democratic Institutions Project, director of the Project on Ethnic Conflict in the Former Soviet Union, and coordinator of the Trilateral Study on Japanese-Russian-U.S. Relations.
Paul Kennedy, J. Richardson Dilworth Professor of History and Global Affairs and the founding director of International Security Studies, will moderate the session.
The virtual event is open to the public. Registration is required.