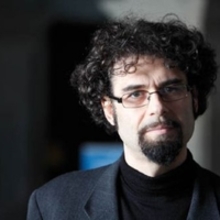 After introducing the corpus of Japanese “world map” folding screens, in this lecture, I will focus on the analysis of two principal documents: a manuscript map of the world designed by Japanese officers after the shipwreck of the Manila galleon San Felipe in Urado on the island of Shikoku, while it was en route from Manila to Acapulco, in 1596 [fig. 1] and the so-called Kanshin-ji cartographic folding screen designed in Japan around 1640 by combining Chinese-Korean, Chinese-Jesuit and namban sources [fig. 2]. Both documents eloquently exemplify the complex cultural and political geography Japan was part of, in early modernity.
There are two major implications that emerge from this analysis: the first is the breaking of linear Eurocentric models of circulation of knowledge, people, and ideas – such as West-East relationships – ill-adapted to articulate the complex system of maritime and terrestrial routes that linked port cities in Europe with port cities in Africa, Asia and the New World in early modernity. The second, highlights that instead of a linear model based on the simplistic West-East circulation, the analyses of the corpus of “world-map” folding screens highlights a more complex radial system of vectors that departed from several distant places of the globe and arrived to a major fulcrum – the port city of Macao – from where they converged to Japan. This system of vectors was paired by independent vectors linking Japan, Korea, China as well as Amsterdam, via Batavia, with Hirado and Nagasaki.

Angelo Cattaneo holds a Ph.D. in History from the European University Institute in Florence. He holds a permanent position as research fellow at the National Research Council (CNR) in Rome. He is also a Research Associate of the CHAM-Centre for the Humanities in the Faculty of Social Sciences and Humanities of the New University of Lisbon (CHAM, NOVA FCSH) and of the University of Groningen in the Netherlands.
His research revolves around two main topics: 1) the cultural construction of space, places and frontiers from the thirteenth to the seventeenth century, by studying cosmography, cartography, travel literature, the birth of the atlas, and the spatiality of world languages and religions; and 2) the history of cultural exchanges and interactions between Europe and Asia, with a focus on religion, missionary practices and trade in East Asia from the thirteenth to the seventeenth century, at the interface of both European and Asian expansions and Catholic, in particular Jesuit, missions.