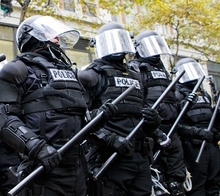 Abstract: A number of influential causal inference researchers have asked the following question: Can we quantify an effect of race on a decision that takes place downstream of other decisions that were themselves causally affected by race? If so, how? A recent paper by such researchers addressing police use of force argued that the existence of racial discrimination at a stage prior to the decision of interest biases standard estimates of a causal effect of race on that decision. This work subsequently generated a flurry of debate among researchers about the exact conditions under which certain race-causal estimands can be properly identified. In this talk, we address conceptual questions that must be answered prior to methodological ones of whether and under what assumptions these race-causal estimands can be identified. Without addressing these conceptual questions, it is unclear precisely which, if any, causal dependencies these estimands claim to represent. We argue that the existence of race selection in the prior stage poses a conceptual problem with the causal quantities that are the target of identification. Namely, the target causal quantities have been mis-defined in this literature. Finally, we address whether these race-causal estimands could plausibly correspond to legal concepts of discrimination.

Issa Kohler-Hausmann is Professor of Law at Yale Law School and Associate Professor of Sociology at Yale. Born and raised in Milwaukee, Wisconsin, she holds a Ph.D. from New York University in sociology, a J.D. from Yale Law School, and a B.A. from University of Wisconsin-Madison. Her award-winning book Misdemeanorland: Criminal Courts and Social Control in an Age of Broken Windows Policing (Princeton, 2018) is a mixed method multi-year study of New York City’s lower criminal courts in the era of mass misdemeanor arrests. Her current research addresses the methodological and theoretical issues entailed in stating and proving discrimination and equal protection claims. Admitted to practice in New York State, Eastern and Southern Districts of New York, and the Western District of Wisconsin, Kohler-Hausmann maintains an active pro bono legal practice, currently with a concentration in parole release for persons serving life sentences for crimes committed as juveniles.

Lily Hu is currently finishing her PhD in Applied Mathematics and Philosophy at Harvard University and will be starting as an Assistant Professor of Philosophy at Yale University in 2022. She works in philosophy of (social) science and political and social philosophy. Her current project broadly concerns causal theorizing about the social world, with a particular focus on causal inference methodologies in the social sciences, how these various statistical frameworks treat and measure the “causal effect” of social categories such as race, and ultimately, how such methods are seen to back normative claims about racial discrimination and inequalities broadly. Previously, she has worked on topics in machine learning theory and algorithmic fairness.

This workshop is open to the Yale community only and will be held in a hybrid format. Current Yale faculty, students, and staff are encouraged to attend in person. Participants will also be able to attend remotely on Zoom. To receive announcements and invitations to attend either in person or remotely, please subscribe at https://csap.yale.edu/quantitative-research-methods-workshop.

The series is sponsored by the ISPS Center for the Study of American Politics and The Whitney and Betty MacMillan Center for International and Area Studies at Yale with support from the Edward J. and Dorothy Clarke Kempf Fund.