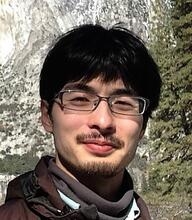 Lab-experiment and survey based studies find that intergroup threat and group identity have significant implications on the formation of political attitudes, that those factors encourage individuals to approach information with directional motivation. On the other hand, unrealistic assumptions prevent those findings to be directly generalized to the real-world context. In this study, we use novel twitter network data during rising territorial disputes in Japan to capture real-world information communication process under intergroup threat. In our data, twitter users communicate information through the network of retweets and web-links. This “information communication network” is examined from both individual-level and society-level perspectives. We find partial support to the previous laboratory and survey based findings. In terms of retweets, it is confirmed that threatening territorial dispute incidents and salient national identity contribute to the increase in individual-level reliance on national identity holders. In the society level, after the incident, identity holders gain more influence in the network than no identity holders on average, but less influence in total. In terms of web-links, links to both opinionated and factual domains increase after the threatening incident, but differ in the timing and persistence of impact. While the impact on factual domains is immediate and short-lasting, the impact on opinionated domains is late and long-lasting. By observing dynamic behavior of inter-dependent individuals in the network, current findings give new insights to the study of intergroup threat, group identity, and motivated reasoning. (In this project, I collaborate with Takanori Fujiwara, Christian Collet, Tetsuro Kobayashi, and Takafumi Suzuki.)
———-
Gento Kato is a political scientist of information, voting, and public opinion. His specialties are in political behavior under Japanese and American contexts, political psychology, formal modeling, experiments, and quantitative methodologies. His recent works particularly explore the mechanism of voter decision-making under low information. His other recent works use survey experiments on Japanese voters to assess the role of information environments in explaining policy attitudes formation.
He is currently an Assistant Professor at the Department of Political Science and International Relations at Nazarbayev University located in Nur-Sultan, Kazakhstan. Before joining Nazarbayev University, he earned a Ph.D. in political science from the University of California, Davis in 2020. He also received an M.A. in political science from Waseda University in 2015 and a B.A. in politics from International Christian University, Tokyo in 2012. Before entering college, He grew up in Kobe, Japan.