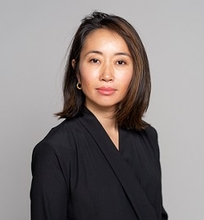 As the Litigation Director at the International Refugee Assistance Project (IRAP), Mariko Hirose has represented displaced people from Afghanistan, Iran, Somalia, and elsewhere around the world in securing safe passage to the United States. Mariko will discuss the landscape of humanitarian immigration pathways to the United States and the country’s moral obligations to displaced populations.

Mariko Hirose is the Litigation Director at IRAP. In this role, Mariko founded IRAP’s litigation department and manages its team of staff dedicated to bringing impact litigation in U.S. courts to advance and defend the rights of refugees, asylum seekers, and other people in need of humanitarian relocation.

Mariko is a graduate of Stanford Law School and Yale University. Before law school, she served as a Yale-China Teaching Fellow. She speaks frequently about her work and has published essays, including Refugee Litigation in the Trump Era: Protecting Overseas Humanitarian Migrants in U.S. Courts, which appeared in the Stanford Law Review Online.

This event is part of the Robert H. Litowitz Lecture series sponsored by the Program in Ethics, Politics and Economics (EP&E) at the Yale Institution for Social and Policy Studies (ISPS). Please register at this link: https://yalesurvey.ca1.qualtrics.com/jfe/form/SV_9B1IAAl8daStG0m.