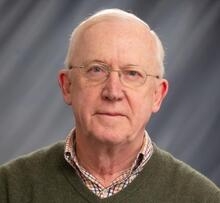 Death, in the eyes of the samurai, was often too important a moment to leave its records to the inconvenient domain of truth. For that reason, death among the samurai was frequently covered with a heavy layer of make-believe. In this lecture, we will blow the lid off the grave of the second shogun to get a glimpse of the mindset it has been hiding for almost four hundred years.
***************************************************
Professor Reinier H. Hesselink teaches the history and culture of the Japanese islands from ancient to modern times at the University of Northern Iowa. His specialty is the cross-fertilization of Japanese sources with information derived from the writings of Europeans visiting the islands between the 16th and 19th centuries, allowing for a new and multi-dimensional description of Japan’s early modern past. He enjoys taking a written document, a painting, a map, or a household object like a screen to analyze and elucidate their contexts, geneses, as well as their contemporary and subsequent meanings.