Why did Hideyoshi invade Korea in 1592? 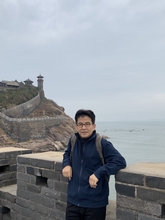 In 1592 Japan’s Hideyoshi regime invaded Chosŏn Korea (1392-1910). Later, Ming China sent an army to Korea to repel the Japanese invaders and, as a result, the war evolved into a major international conflict. The war ended in 1598 as the Japanese troops retreated empty-handed back to their country. The Hideyoshi regime eventually collapsed in 1600. In this talk, Hur explores one question: why did Hideyoshi invade Korea? This is a question that holds the key to not only the changing nature of the warfare but also the ways in which power worked in Japan as well as in Chosŏn Korea and Ming China.
Hur suggests: Hideyoshi targeted Korea because he thought his military forces would easily subjugate it; and Hideyoshi envisioned that such an easy military campaign would help him consolidate his fledgling regime poised to control a complex web of local power blocs in Japan. In other words, Hur argues that Hideyoshi’s invasion of Korea had nothing to do with Ming China although some historians have been swayed, albeit falsely, by Hideyoshi’s rhetoric of “conquest of China” (known as Kara-iri). In that connection, Hur also briefly discusses how the theory of Hideyoshi’s continental ambition has prevailed in the historiography of this international conflict that constituted a watershed in premodern East Asia.
Nam-lin Hur is a professor in the Department of Asian Studies, The University of British Columbia. His current research focuses on Japan’s invasion of Chosŏn Korea in 1592-1598 and Ming China’s involvement. His publications related to this topic include: “National Defense in Shambles: Wartime Military Build-up in Chosŏn Korea, 1592-98,” Seoul Journal of Korean Studies 22/2 (2009); “The Celestial Warriors: Ming Military Aid and Abuse during the Korean War, 1592-98” in The East Asian War, 1592-1598: International Relations, Violence, and Memory (Routledge, 2015); “Toyotomi Hideyoshi’s Invasion of the Chosŏn Kingdom, 1592-1598” in Oxford Research Encyclopedia of Asian History (Oxford University Press, 2020), and “Japan’s Invasions of Korea in 1592-98 and the Hideyoshi Regime” in The Tokugawa World (Routledge, 2021).