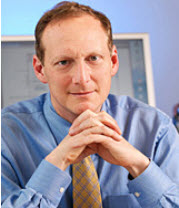 March 26, 2010. New Haven, CT - James A. Levinsohn, newly appointed as the inaugural Charles W. Goodyear Professor in Global Affairs, is a specialist on international economics and economic development whose projects have included studying the impact of HIV/AIDS on unemployment in South Africa and working with Sudanese refugees seeking compensation for their forcible removal from their homelands.

Levinsohn, who became the first director of the University’s new Jackson Institute for Global Affairs in February, is also interested in industrial organization and applied econometrics. He has published numerous articles on trade policy, foreign investment practices and the global corporation. He has also researched the distributional impact of environmental policies that affect the U.S. automobile market.

Levinsohn has been engaged in a variety of international activities, and has lived and worked in Senegal, Botswana and South Africa. One of his projects, now in its 11th year, trains government officials, university faculty and students, and non-governmental organization staff from over a dozen countries in southern Africa on how to use data to inform policymaking.

Prior to coming to Yale, Levinsohn served since 1987 on the faculty of the University of Michigan, where he was the associate dean of the Gerald R. Ford School of Public Policy 2003- 2007 and the J. Ira and Nicki Harris Family Professor of Public Policy. He was a visiting professor at Yale’s Cowles Foundation in 2008

At Yale, Levinsohn also serves as a professor of economics and management at the School of Management. The Jackson Institute he directs � which is affiliated with the Whitney and Betty MacMillan Center for International and Area Studies � will offer courses and core teaching programs in international affairs, career counseling, public lectures and conferences.

Jackson’s research and teaching have been recognized with major grants and awards, including a “Best Professor Award” (chosen by undergraduates in economics) and the William Wolff Award, a five-year grant for “outstanding scholarship” from the University of Michigan.

The Charles W. Goodyear Professorship in Global Affairs is part of the Jackson Institute for Global Affairs. The professorship is in one of the areas covering contemporary international affairs as well as the languages, cultures, religions, history, politics and economics of the world’s regions and major countries. Charles W. Goodyear IV ‘80, a member of the President’s Council on International Activities and the Yale Tomorrow Campaign Committee, established the professorship in February 2009 to help Yale enhance connectivity across countries, regions and cultures.