Arupjyoti Saikia lectures on environmental history of the Brahmaputra River 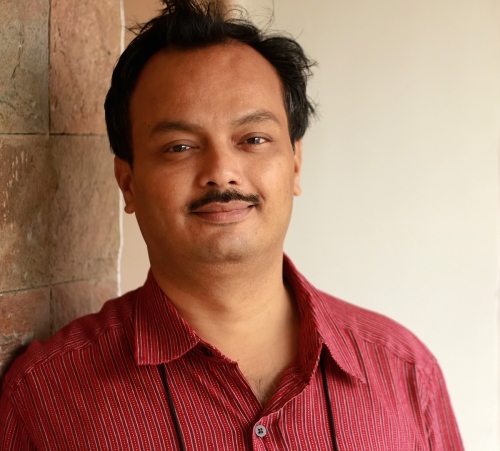 The South Asian Studies Council recently hosted Arupjyoti Saikia, Professor of History at IIT Guwahati, on September 27 as a speaker in its fall colloquium series. Professor Saikia is a leading scholar on Assam, with a particular interest in environmental history. He spoke about a section of his upcoming book, “An Unquiet River: An Environmental History of the Brahmaputra.”

Throughout his talk, Saikia argued for a reinterpretation of the way we speak about interactions between humans and nature. He used the Brahmaputra River as the framework through which he positioned his analysis in ways that diverge from typical scholarship. Saikia spoke not about humans ‘taming’ or ‘mastering’ an immutable environmental phenomenon, but instead about a dynamic relationship between humans and nature, with various forces and processes acting in both directions. Ultimately, Saikia argued that for centuries both modern and medieval human civilizations have aimed to master the Brahmaputra, but the river has remained beyond human control.

Beginning by tracing over a thousand years of human interaction with the Brahmaputra, Saikia outlined how, beginning with the Ahom Dynasty, various empires, kingdoms, and governments—local, regional or colonial—aimed to harness the large volumes of water and silt that flowed down the river, even while trying to protect themselves from its destructive power. Intertwined in Saikia’s larger narratives were stories of both Ahom and Mughal conquest, the politics of land, agriculture and revenue, attempts at taming the Brahmaputra’s periodic floods, and the entry of colonial forms of knowledge production and ‘modernizing’ missions.

Saikia’s research covers a long period of history and traverses various types of sources—Buranjis from Ahom records, Mughal correspondence, as well as colonial records of British officers posted in the region. Although he dug deep into the developments of each period, highlighting the particular dynamics of each period—from the politics of British topography to Mughal construction of alis or bunds—Saikia directed his narrative around a need to appreciate nature’s own agency.

Saikia’s lecture was well-received by the audience and they asked a range of challenging and perceptive questions that allowed him to expand on sub-topics such as Assam’s integration into a wider regional economy, different ways to write histories of the river, and the larger question of whether history should consider natural spaces to be dynamic or static.