Bangladesh in the next 30 years: Challenges and prospects 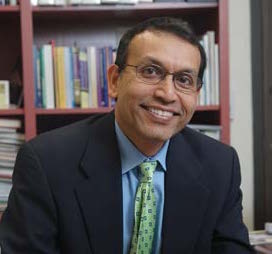 An international conference, “Bangladesh in the Next 30 Years: Challenges and Prospects,” organized by the Bangladesh Development Initiative (BDI) and hosted by the South Asian Studies Council at the MacMillan Center was held on March 22-24.

More than 135 participants attended from around the globe, including Bangladesh, the U.S., the UK, Brunei, Malaysia, New Zealand, and Australia. The background of the attendees was diverse—scholars, students, professors, government officials, bankers, diplomats, business professionals, policy makers, engineers, architects, entrepreneurs, artists, and members of the global Bangladeshi diaspora.

In his welcome remarks, Dean Munir Quddus, President of BDI, explained that BDI is an organization composed of scholars and practitioners who are passionate about their shared vision of a prosperous and democratic Bangladesh. BDI is nonprofit and nonpartisan and committed to an interdisciplinary approach to solving the complex challenges of development and democracy. He invited attendees to be optimistic in their deliberations, just as, time and again, the people of Bangladesh have demonstrated their resilience from setbacks. He encouraged participants to celebrate the success of Bangladesh, but not be shy about asking tough questions. BDI founding member Dr. Ashraf Ali presented a brief history of the 30-year old organization that works as a think tank and an advocacy group with an emphasis on the social and economic development of Bangladesh. He stated that when BDI started in the 1990s, the per capita income in Bangladesh was at $1/day, and today it stands at $5/day, and urged all to work toward helping the upward trend to continue.

During the opening plenary on “Bangladesh in the next 30 years,” moderator Dr. Atiur Rahman, former Governor of Bangladesh Bank and honorary professor at Dhaka University, spoke of the great economic success Bangladesh had experienced in recent years. Professor Mustafizur Rahman (CPD) and Dr. Nazrul Islam (UN, BEN), both economists, used numbers and statistics to present the compelling story of Bangladesh’s dramatic economic success, but also discussed some of the challenges ahead. Specifically, as the nation moves from LDC to Middle Income status, it stands to lose many of the preferential advantages (trade, concessional borrowing of capital, others) reserved for the least developed nations.

Nadine Murshid, on the faculty at University at Buffalo, moderated the second plenary “Multiple perspectives on the Rohingya crisis.” The diverse group of panelists included a lawyer (Sara Hossain, Advocate of Supreme Court, BLAST), human and women’s rights activist (Shireen Huq, Naripokkho), physician and researcher (Ruhul Abid, Brown University), economist (Reshma Hussam, Harvard University), and anthropologist (Dina Siddiqi, New York University and BRAC University). The general consensus to emerge from their presentations was that, while Bangladesh had acted with courage, compassion, and leadership in accepting these distressed people driven from their homes after being subjected to unspeakable horrors, it is time to do much more. Given that the crisis will not be resolved in the short run, as a nation that was born in the middle of a mass exodus of millions of its own people, Bangladesh should move from the “humanitarian” to a more pro-active “development” mode of support for these displaced people.

During the formal opening on Saturday morning, Professor Munir Quddus welcomed all participants and spoke of BDI’s vision and mission. He asked, “Why do we do these conferences? Because we care for Bangladesh. We love Bangladesh! This is also the reason you all are here today.” An important part of BDI’s mission is to support solid research that can inform and guide policymakers, and impact trends in the private sector. To achieve these goals, BDI organizes research conferences such as this one, publishes books and a scholarly journal (Journal of Bangladesh Studies), plays an advocacy role, and collaborates with a number of organizations such as PRI, AEDSB, BEN, and AIBS. More information on BDI is available on its homepage, www.bdiusa.org. There are multiple goals for these conferences—education, networking among scholars, supporting young scholars, honoring established scholars, and nurturing and developing new ideas to help solve Bangladesh’s complex problems.

Korvi Rakshand of JAAGO, a social entrepreneur who is waging a war on poverty by building schools for children from poor families, was the keynote speaker for the luncheon program. With a curriculum that places an emphasis on English as a global language, the JAAGO team is teaching 3,500 children in twelve different schools (including in remote areas through the Internet). In addition, Rakshand has assembled a group of 35,000 volunteers and mentors to help his team educate these children from low-income families. He proudly spoke of a JAAGO student who has received full scholarship to complete high school in the renowned United World College in Montezuma, NM.

In his keynote address during the award ceremony dinner, former Bangladesh Bank Governor Dr. Atiur Rahman spoke of Rabindranath Tagore’s vision of change and development. Tagore, a Bengali polymath, poet, musician, and artist, wrote that as a nation, we must not forget the most marginalized members of our society. His message was one of peace and equity.

In his keynote speech on Sunday, Iqbal Quadir, formerly of Grameenphone and MIT, and now a senior fellow at the Belfer Center at Harvard University, spoke of his life’s work and his personal insights into how a labor-rich developing nation such as Bangladesh can use innovative technologies to overcome the capital deficit. Although many believe that excess labor is a problem for economic progress, Quadir believes the opposite to be true. Labor is the source of wealth, since capital will always require labor in order to create wealth. He spoke of the lessons he learned from his readings of Adam Smith and other writers. Technology, such as cell phones, can be invaluable in these efforts because it increases our “connectivity” and saves time. Although new technologies can be disruptive and painful in the short run, they can help generate much greater wealth in the long run.

For his unique services to the nation as an engineer, scholar, and man of action, National Professor Dr. Jamilur Reza Choudhury, VC, University of Asia-Pacific (former VC, BRAC University) was honored with the BDI Lifetime Achievement Award. A knee injury prevented Professor Choudhury from attending the conference, and his niece Dr. Kausar Jahan, professor of engineering at Rowan University, accepted the award on his behalf. Dr. Sukomal Modak, one of his former students, offered some personal anecdotes. Both recounted stories from Professor Choudhury’s career at BUET. Dean Quddus read a message from Sir Fazle Abed who wrote, “’I am delighted to learn that Professor Jamilur Reza Choudhury is being honored with the BDI Lifetime Achievement Award. He is Bangladesh’s most celebrated engineer and has served his country with great distinction in academia and as a cabinet member for the country’s caretaker government. We take great pride in his achievements.”

The conference ended on an optimistic note on Sunday, March 24. Dean Munir Quddus and Professor Mushfiq Mobarak thanked the attendees for their participation and congratulated all on the completion of a successful conference on Bangladesh. The plenaries, sessions, and panels had shone a positive light on the uplifting story of the people of Bangladesh. There was no doubt that best is yet to come for this young nation.