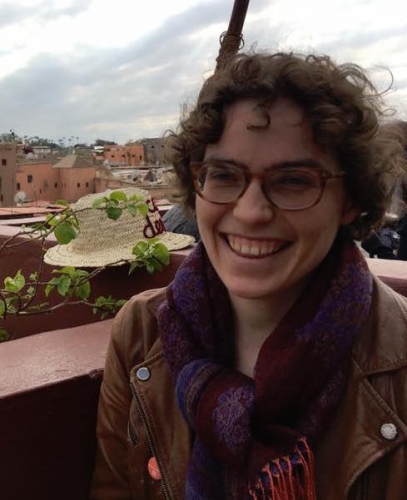 History Ph.D. candidate Camille Cole recently received the Joel A. Tarr Prize for the best article, published in either a journal or edited volume, on the relationship between technology and the environment in history. Her article, “Precarious Empires: A Social and Environmental History of Steam Navigation on the Tigris,” was published in the Journal of Social History. It links the history of technology, environmental history, and the history of empire through a case study of the steamship in Southern Iraq. According to Kellen Backer, a member of the selection committee and a Faculty Fellow in the Humanities at Syracuse University, Cole’s article “is an impressive study that opens up new pathways for envirotech historians to pursue.”

Marilyn Wilkes recently interviewed Cole about her research. An edited version of the conversation follows.

Please give us an overview of your article.

This article is about the links between environmental history and the histories of technology and empire. It uses a case study of British steamships on the Tigris river in what was then Ottoman Iraq to argue that the states of environmental and geopolitical precariousness in which the steamships operated reinforced one another and helped to make steamships major factors in the British-Ottoman relationship at the time.

I have continued to work on infrastructure and the environment in southern Iraq, and its role in the British-Ottoman relationship, and my dissertation focuses on land ownership and how networks of local capital and capitalists interacted with the British, Ottoman, and Qajar empires which were active in southern Iraq and southern Iran during the late nineteenth and early twentieth centuries.

What drew you to this work?

I first got interested in this topic while working on my BA thesis, and the research for the article actually grew out of research I did at that time. I first became interested in southern Iraq because of press about the Iraqi marshes after the war, and while I was beginning the research I was lucky enough to come across some novel source material dealing with the Tigris steamships, which steered me in that direction.

How did you do the research for the article?

The article incorporates sources in English, Turkish, and Arabic. It relies heavily on the novel source material I mentioned before—the diaries kept by one of the clerks on the steamships—which recount the daily life, including everything from passenger numbers to weather conditions, aboard one of the Tigris ships. The article is interested primarily in questions about British imperialism, and so relies more on English-language sources to answer those questions. It also incorporates secondary source material in Turkish and Arabic, though, as most scholars working on the region in the nineteenth century write in those languages.

How has your work contributed to the body of scholarship?

In the announcement about this award, the selection committee focused on the novel connections I draw in the article between technology, environment, and empire. I drew those connections mostly through the idea of precariousness, which I hope is something other scholars will find useful. Really, in writing the article I built on a long lineage of excellent scholarship in all three of these fields – histories of environment, technology, and empire – and I hope my work can return something to them.

Did you encounter any surprises while doing your research?

It’s been a while since I did this research, but I suppose the biggest surprise I encountered was how differently steamships functioned in Iraq, compared to standard ideas about the relationship of technology and empire. I am both lucky and unlucky to work in a field which not many people study—but it does mean that there are always surprises in the research.

What do you conclude in your article?

The article argues that steamships, as a precarious technology which formed the basis of imperial intervention on the Tigris, helped create a kind of empire in which the environment shaped the possibilities of action. Environment and politics were intertwined, and the precariousness of both came to define both technology and empire. The article is one case study, but I hope can also be a call to think about these issues together in other contexts – and more generally to work across sub-disciplines in novel ways whenever that’s possible and meaningful.