Catalonia after the referendum: independence, Article 155 or dialogue? 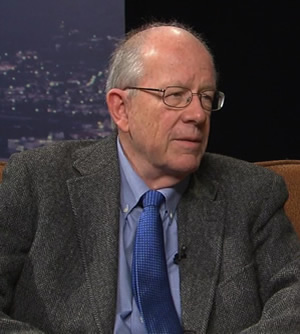 After the Catalan parliament enacted legislation on Sept. 6 calling for a binding referendum on October 1 to decide whether Catalonia should become “an independent state in the form of a republic,” it was apparent Catalonia and Spain were headed for a constitutional crisis. The legislation stipulated that if the number of Yes votes exceeded the number of No votes the parliament would, two days after receiving the official results, put into effect a formal declaration of independence and begin the process of constituting the new state.

But Spain’s 1978 Constitution doesn’t allow the unilateral secession – or indeed any secession, unilateral or negotiated – of a region; while its preliminary title “recognizes and guarantees the right to self-government of the nationalities and regions of which it is composed,” it also states “the Constitution is based on the indissoluble unity of the Spanish Nation, the common and indivisible homeland of all Spaniards.”

Thus, the day after the Catalan parliament called the referendum Spain’s Constitutional Court suspended the legislation, just as it had after Catalonia called a non-binding referendum on independence in 2014. But just as in 2014, the Catalan government nevertheless held the referendum, despite the court ruling and the considerable effort of the national government of Prime Minister Mariano Rajoy to prevent the vote by confiscating ballots and ballot boxes, threatening regional and local officials with charges of civil disobedience and sedition, and deploying the National Police and Guardia Civil to close polling stations.

And just as occurred in 2014, Catalonia voted overwhelmingly for independence. The predictable effect of the national government’s tough response, exemplified by the wielding of truncheons and firing of rubber bullets by the black-helmeted National Police and Guardia Civil, was an even larger turnout of voters – 43 percent compared with an estimated 37 to 42 percent in 2014, when there was no police presence and no polling stations were closed – and an even larger vote in favor of independence – 90 percent compared with 81 per cent in 2014.

The Referendum Law did not stipulate a minimum turnout and it is of course true that 90 percent of the 43 percent of registered voters who came to the polls represents only 39 percent of all registered voters – not a majority, much less a clear and decisive majority. Nevertheless, it is also true that, among those committed enough to vote despite the court ruling, presence of the National Police and Guardia Civil, disruption of voting and violence in which hundreds were injured, an overwhelming majority supported independence.

As the magnitude of the Yes vote became known in the evening of October 1, Carles Puigdemont, the Catalan president, said the citizens had won the right to an independent state in the form of a republic and he would send the official results to the parliament so it could act in accord with the Referendum Law. The next day, Rafael Catalá, the Spanish minister of justice, warned that Madrid was prepared to do whatever was needed in order to prevent a declaration of independence: “Article 155 is there. We will use the entire force of the law.”

Article 155 of the Spanish Constitution, called by some the ‘nuclear option,’ stipulates that if an Autonomous Community – Catalonia is one of 17 – doesn’t fulfill its obligations under the Constitution or other laws, or acts in a way that seriously prejudices the general interests of Spain, the government may, following approval by an absolute majority of the Senate, take whatever measures are necessary in order to compel it to meet its obligations or to protect the general interest and, in so doing, may issue instructions to the authorities of the Community.

On October 3, after a day in which much of Catalonia stopped work and rallied in support of the vote, King Felipe VI, in a rare national television address, endorsed the Rajoy government’s position and made it clear he was committed to maintaining the unity and permanence of Spain and that, in his view, the Catalan leadership had demonstrated “unacceptable disloyalty” to the state and Constitution and had conducted itself irresponsibly.

In response, Puigdemont said, “the king has adopted the government’s position and policies which have been disastrous with regard to Catalonia. He is deliberately ignoring millions of Catalans.” While calling for mediation and dialogue, he said Catalonia would declare its independence 48 hours after the official results became known, probably by the end of the week or early the following week.

On October 4, the Catalan governing coalition, Together for Yes (Junts pel Sí), which consists of the Catalan European Democratic Party (Partit Demòcrata Europeu Català, PDeCAT) – formed  last year from the Democratic Convergence of Catalonia (CDC), which until 2015 was allied with the Democratic Union of Catalonia (UDC) in the dominant center-right Convergence and Union (CiU) – and the Republican Left (Esquerra Republicana de Catalunya, ERC), joined by the far-left, pro-independence Popular Unity Candidacy (Candidatura d’Unitat Popular, CUP), filed a petition requesting that parliament proclaim Catalonia’s independence on October 9.

The next day the Constitutional Court, acting on a motion from the Catalan Socialist Party, which is opposed to independence, suspended the October 9 session. And Rajoy made it clear in an interview with El País that the government would defend Spain’s national unity: “And it is going to do so taking all the decisions that it has to take…Spain is not going to divide and national unity will be maintained. To do so, we will use all of the instruments that the legislation gives us…We are going to stop independence from taking place…it is not going to happen.” When asked if that included using Article 155, he said, “I am not ruling out anything that the law says.”

Last Tuesday, October 10, after signing a document reporting the official results of the referendum, Puigdemont addressed the Catalan parliament, saying “the people have determined that Catalonia should become an independent state in the form of a republic.” But then, surprisingly, he proposed on behalf of the government that “the Parliament suspends the effects of the declaration of independence so that in the coming weeks we may begin a dialogue without which it is impossible to arrive at an agreed solution.” The puzzlement and tears among those outside the parliament listening to the speech reflected their surprise and disappointment; they had, after all, expected something else – proclamation of the independent republic of Catalonia.

Adding to the confusion about what was happening, after completing his speech, Puigdemont and the 71 other deputies of the pro-independence majority signed a document in the parliament lobby entitled “Declaration from the representatives of Catalonia,” expressing their intention to establish Catalonia as an independent state. The document was read publicly but wasn’t voted upon by the parliament and wasn’t published in the official journal.

After an emergency meeting of his government the next morning, Rajoy announced that he was willing to negotiate the extent of Catalonia’s autonomy and possible changes to the constitution – the first sign the government was willing to enter into a dialogue with Catalonia. The Constitution, he said, “is not a perpetual law and has no claim to being one.” But such a negotiation would, he said, have to take place within the framework of the law and the government had therefore agreed to formally require the Catalan government to confirm whether it had declared Catalonia to be independent. It gave the Catalan government five days, until 10 a.m. Monday, October 16, to confirm whether or not independence had been declared and, if so, another three days, until Thursday, October 19, to withdraw the declaration; if it confirmed it had declared independence and refused to withdraw the declaration, Madrid would apply Article 155.

In response, Puigdemont tweeted, “We ask for dialogue and the response is to put article 155 on the table. Message understood.” Oriol Junqueras, Catalonia’s vice president, similarly tweeted, “A sincere dialogue is what the international community wants and what Catalonia expects, not confrontation and new threats.”

On October 16, Puigdemont responded to Rajoy in a letter that, while not directly answering the question Madrid had posed, said his suspension of the political mandate for independence given by the referendum vote “demonstrates our firm will to find a solution and not confrontation” and called again for dialogue: “For the next two months, our main objective is to bring you to dialogue…Let’s not let the situation deteriorate further. With good will, recognizing the problem and facing it head on, I am sure we can find the path to a solution.” Spain’s Minister of Justice Rafael Catalá said Puigdemont’s response was “not valid” and failed to clarify Catalonia’s position or say what it would do in order to respond to the government’s demands, implying the October 19 deadline for withdrawing the declaration remains in place.

Given that 90 percent of those who voted on October 1 voted for independence, that Puigdemont’s government is not only a minority government but one in which the coalition parties campaigned in the 2015 election as Junts pel Sí, Together for Yes, and that it obtained a majority in the Catalan parliament for the Referendum Law only with the support of the deputies of the far-left and hardline pro-independence CUP, which on Sunday sent Puigdemont a letter calling for a unilateral declaration of independence, it may be politically difficult, if not impossible, for him to withdraw what was in effect a declaration of independence.

That being the case, it’s conceivable that, if Madrid insists that the declaration be withdrawn, the Catalan government will conclude that its best option is instead to call new elections, hoping that, in the wake of the referendum vote and a stand-off with Madrid, it can obtain a parliamentary majority for the Junts pel Sí coalition that would enable it to govern without depending on the CUP while also strengthening its hand vis-à-vis Madrid.

Nevertheless, the possibility of a constitutional dialogue offered by Rajoy is not something to be turned down lightly; after all, the recent push for independence arose in large part because in 2010 the Constitutional Court annulled or applied a restrictive interpretation to large portions of a statute that granted additional autonomy to Catalonia and had been approved four years earlier by substantial majorities in both the Spanish and Catalan parliaments.

One of the peculiarities of Spain’s Autonomous Communities is that they vary widely in the extent of autonomy they enjoy vis-à-vis Madrid. To cite but one example, the Basque Community enjoys considerably more fiscal autonomy than does Catalonia. Negotiations of the kind alluded to by Rajoy could conceivably result in a new Statute of Autonomy that would increase Catalonia’s autonomy vis-à-vis Madrid. They could also result, as he suggested, in constitutional changes with respect to the status of Catalonia, perhaps recognizing it as not just a “nationality” but as a “nation.” The negotiations, expanded to include all of the Autonomous Communities, could even result in a transformation of Spain from a partially- and asymmetrically-decentralized unitary state to a full-fledged federal system in which the Communities, perhaps relabeled states as in the German and Austrian federal systems, would have substantially more powers than any of them now have.

Catalan independence is an illusion; it won’t happen. But there is still a lot Madrid and Barcelona can talk about – and change. Hopefully, rather than Catalonia persisting with its refusal to walk back its declaration of independence and Madrid retaliating with Article 155, both governments will have the courage to do what many in rallies last weekend in Barcelona urged: “Parlem” – “Let’s talk.”

David R. Cameron is a professor of political science and director of the Program in European Union Studies of the MacMillan Center.