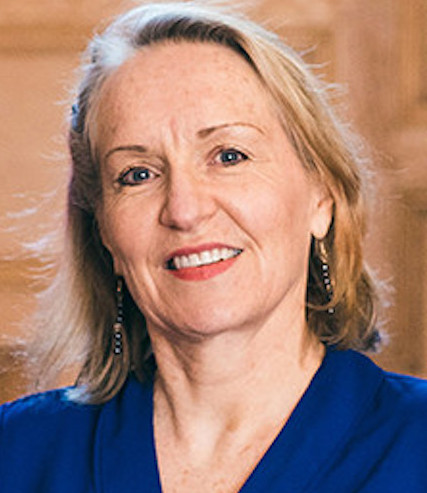 Catherine Panter-Brick, the newly appointed Bruce A. and Davi-Ellen Chabner Professor of Anthropology, Health, and Global Affairs, is a world-renowned expert on risk and resilience in contexts of war, forced displacement, famine, and poverty.

A medical anthropologist, Panter-Brick was trained in both human biology and the social sciences. She has directed more than 40 interdisciplinary research projects in Afghanistan, Ethiopia, the Gambia, Jordan, Mexico, Nepal, Niger, Pakistan, Saudi Arabia, and Tanzania, and the United Kingdom. For her work in humanitarian areas, she received the Lucy Mair Medal, awarded by the Royal Anthropology Institute to honor excellence in the application of anthropology to the relief of poverty and distress and to the active recognition of human dignity. She publishes extensively in biomedical and social sciences journals, and has co-edited seven books, most recently “Medical Humanitarianism” and “Pathways to Peace.”

At Yale, Panter-Brick directs the Program on Conflict, Resilience, and Health at the MacMillan Center and the Program on Stress and Family Resilience. She holds a joint appointment in the Department of Anthropology and the Jackson Institute for Global Affairs, and a secondary appointment at the School of Public Health. She also serves as head of Morse College.

Panter-Brick teaches interdisciplinary courses on global health equity, humanitarian interventions, conflict and resilience, engaging with students on a personal and scholarly level to debate issues of importance for research, practice, and policy. She has organized many colloquia on themes ranging from social justice, solidarity, and forced migration to health and humanitarian action. On the issue of resilience and forced migration, she has been a keynote speaker at the United Nations, contributed to national and international media broadcasts, and presented at international iNGO dissemination events, the World Health Organization, the World Bank, and the United States Institute of Peace.

Panter-Brick received her M.Sc. and D.Phil. degrees from the University of Oxford. Prior to joining the Yale faculty, she served as professor of anthropology at Durham University (United Kingdom).