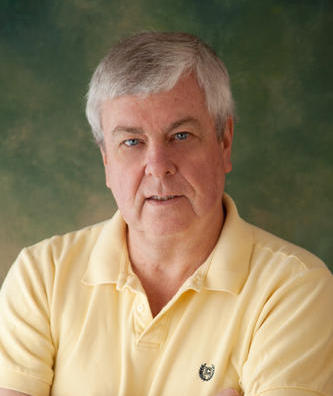 The following article written by Paul Bracken, professor of management and political science, appeared in The Hill on May 7, 2020.

China’s nuclear strategy is more complex than most public discussions or academic studies suggest. Most of these treat China as a growing “missile farm” with intercontinental ballistic missiles. This view is not irrelevant, but it misses the most important dangers of China in this second nuclear age.

A clear-eyed reassessment of China as a nuclear power is timely now because Beijing’s forces are expected to double in size over the next decade. China is shifting to a full-blown triad of ICBMs, submarine-launched ballistic missiles and bombers, much as the United States has had since the 1960s. This has many new implications — for example, command and control now must manage mobile weapons, something far removed from China’s “classic” minimum deterrent force of a few missiles.

There are three especially significant aspects to China’s nuclear buildup. First, the crisis management behavior of this force is likely something the Chinese themselves do not understand. Crises are defined more by uncontrollable factors than doctrine. The whole point of crisis management is to understand, as best we can, what these behaviors look like. For example, nuclear alerts now mean moving live weapons around at sea, on the ground and in the air — a juggling act that can lead to many surprises for which there is no doctrine.

Second, there are foreign policy implications to the Chinese buildup. The role of nuclear weapons is not only to deter war, but to influence the behavior of other nations in peacetime. Japan, India, Australia and South Korea are not going to dismiss the Chinese buildup. Moreover, actions far short of war — threats, alerts, flyovers of nuclear-capable bombers — bolster national resolve. This is precisely how nuclear weapons were used in the Cold War. China’s nuclear buildup will shape the postures of the United States, Japan, India, Russia and others. “Rocking the boat” in Asia will look much different in a “heavy” nuclear world than it did when China was barely a nuclear weapon state.

Finally, China’s nuclear strategy doesn’t cover a wide range of possible scenarios beyond what it was built for. It may be very good (or not) in “standard” scenarios, such as deterrence involving Taiwan or anti-access conflicts aimed at keeping U.S. forces out of the western Pacific. But it may lead to a systems failure in non-standard wars. It is important for the United States to get a handle on these non-standard wars and what shape they may take. China’s leaders are likely subject to “nuclear thoughtlessness,” just as leaders in Washington and Moscow were during the Cold War.

An understanding of China’s nuclear strategy needs to appreciate the geopolitics of nuclear arms.  China was “born” into a threatening nuclear world that it didn’t control. Beijing had to play in the nuclear big leagues with two superpowers when China was neither nuclear nor a superpower. It had no technology to deal with its immediate enemy, the United States. Washington threatened China with a nuclear attack to end the Korean War, and Beijing could do nothing to counter this.

In the 1958 Taiwan crisis, China had to back down in the face of U.S. threats. Beijing thought it had nuclear protection from Moscow against Washington, but quickly learned otherwise. Moscow refused to extend its nuclear umbrella to protect China against an atomic enemy. Worse, China was left high and dry when Russia abruptly withdrew technical assistance to build a bomb. This experience was the stimulus for their own nuclear weapon. By the late 1960s, when China had its own bomb, these two “allies” almost came to blows. China even put its nascent 1969 force on nuclear alert, not against Washington but against Moscow.

Today the “Taiwan crisis” refers less to past events than to present-day historical feelings of humiliation, the dangers of dependence, and technological backwardness. The Taiwan crisis has become a metaphor, a story, about these sentiments. The power of historical metaphor is considerable. Think of the powerful grip that “Munich” had on U.S. policy in the Cold War. The Cuban Missile Crisis is still a controlling metaphor for U.S. nuclear operations. The politics and technology of that crisis are ancient, but the crisis remains a model of calculated risk management and de-escalation.

Another geopolitical reality that many analysts overlook is that China is the only major power surrounded by five nuclear weapon states. Three of these — Russia, North Korea and Pakistan — are its “allies,” but only in a technical sense. To suggest that Chinese relations with any of them are like the United States and its European allies is to misunderstand the danger that China faces. “Allies” such as these are more likely to bring catastrophe on China than the United States is. Every one of them has targets inside China for their nuclear weapons — just as China surely has targets in North Korea, Pakistan and elsewhere.

Having studied China’s military doctrine, I find no evidence of seriously thinking through the dynamics of such non-standard conflicts. It surely doesn’t show up in high-level speeches.  Major fault lines easily could develop in this alliance, not unlike the fault line between the Soviet Union and Eastern Europe.

Finally, technology is changing in ways that spill over into China’s nuclear strategy. Beijing has moved out smartly in building advanced technologies for reconnaissance, prompt strike and intelligence. The complexity of this system is extraordinary; it is one of the drivers behind China’s push into artificial intelligence. The complexity is so great, and the timing for tracking mobile targets so tight, that only an AI-driven system can absorb the voluminous data and direct the responses.

Advanced technology is spilling over into the nuclear arena. The most systemically important targets for China are other people’s nuclear weapons — the United States, obviously, but also India, Russia, North Korea and Pakistan. The interactions of this reconnaissance-nuclear system are tightening. That these couplings are overlooked doesn’t make them unimportant. It only means that technology — once again — is racing ahead of strategy.

A broader assessment of China’s nuclear strategy is needed. China no longer is a rising power with around 20 ICBMs, a minimum deterrent. The days of looking at it as a “simple” missile exchange are long gone. China’s nuclear strategy has more far-reaching effects on peace and war than the stick man theories that are usually offered to describe it. The chance that the strategy is itself dangerously mis-designed for the political and technological contours ahead must be taken seriously in any sober assessment of international security.