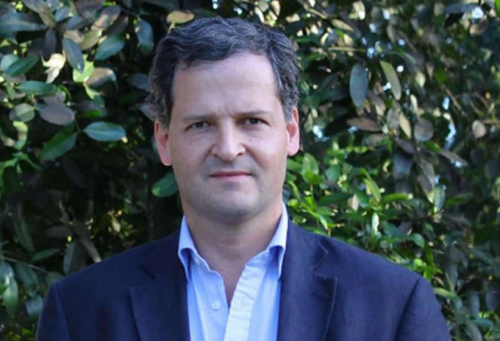 Sergio Jaramillo Caro, former High Commissioner for Peace, Colombia, will give the annual Coca-Cola World Fund Lecture at Yale on Wednesday, October 24. His talk, “Peace and Justice: The Case of Colombia” will start at 4:30 p.m. in Henry R. Luce Hall Auditorium, 34 Hillhouse Avenue, New Haven. The lecture, sponsored by the Whitney and Betty MacMillan Center for International and Area Studies at Yale, is free and open to the public.

Sergio Jaramillo Caro served as High Commissioner for Peace for the Santos Administration for five years (2012-2017). Previously, as National Security Advisor (2010-2012), he led the secret negotiations with the country’s largest guerrilla group, the Revolutionary Armed Forces of Colombia (FARC), which resulted in the General Agreement of August 2012.

As High Commissioner for Peace, together with Humberto de la Calle, he led the public negotiations for four years in Havana, which ended with the signing of the Final Agreement on November 24, 2016.

The Colombian Congress approved the peace accord with the FARC in December 2016, ending one of the world’s longest running conflicts. Mr. Jaramillo also had to oversee the disarmament and demobilization process of the FARC, which ended in August of 2017 when the UN verification mission extracted the last container of weapons from a FARC cantonment area.

Prior to serving in this role, Mr. Jaramillo served as Vice Minister of Defense for Policy and International Affairs, where he sought to establish a state presence in violent territories throughout Colombia.

Mr. Jaramillo has served in a wide array of government positions throughout his career, including as advisor of the Ministry of Foreign Affairs in charge of the Diplomacy for Peace Program and political advisor at the Embassy of Colombia in France. In addition to his service in government, he was executive director of Ideas for the Peace Foundation. He served as Colombian Ambassador to the EU and Belgium from 2017 till 2018.