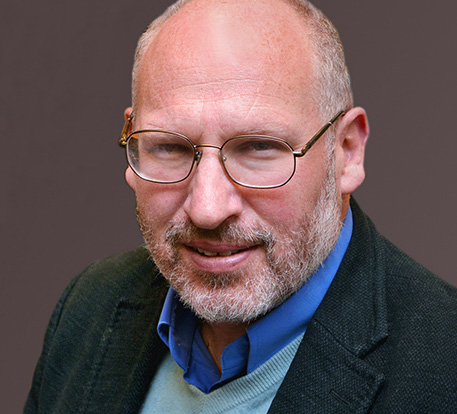 In the first in a series of conversations with Yale faculty members about the 2016 presidential elections, YaleNews met with Steven Pincus, the Bradford Durfee Professor of History, who teaches courses on early modern Europe, the history of the British Empire, early American history, and the history of political economy. Professor Pincus also co-chairs the Center for Historical Enquiry and the Social Sciences at the MacMillan Center with Professor Julia Adams.

The following is an edited version of the conversation.

Why is the Declaration of Independence still so relevant and important today?

The other reason that I chose to write a book on the Declaration of Independence is that it is time to bring to light two important insights that British historians now have about 18th-century Britain that they did not have when most of the scholarship about this time was written or when it was framed. It was previously believed that Britain was alone among European powers in not having a strong state, because Britain was not an absolutist regime.  Many also believed that ideas played little role in 18th-century British politics. Research has shown that in fact it was a liberal society where people had choices in terms of things such as elections. And that those choices were very much about ideas. The British state was just as robust as other European states in terms of being able to raise revenue. The second insight by recent British historians is that the 18th century in Britain and throughout the empire was an age of profound party competition. We now know that these were transatlantic and imperial parties and were not just ones that mattered in Britain, but were parties that were important for local and Parliamentary elections alike. Why is this important? It becomes clear that the Declaration of Independence is a statement or outlook of one particular political party — the patriot party. It makes it more relevant to today in the sense that we have party competition and it is important to understand elections as being about the role of government in society.

One of the biggest issues throughout the 18th century in Britain, North American, and Europe empires was the problems created by burgeoning and ballooning sovereign debt. There was a huge debate throughout the 18th century about whether the best way to deal with debt crisis was to pursue austerity measures to try to save money, and usually those measures were coupled with notions of trying to tax the colonies. The inhabitants of these colonies held by the French, British, and Spanish were people who could not vote and had no say in politics in the government. The other strategy which was widely discussed throughout the 18th century was to try to stimulate economic growth and thereby to generate indirectly more revenue for the state to pay down taxes. The only imperial state in 18th-century Europe that consistently pursued that strategy was Britain and the British Empire until around 1760.

What are the similarities between the response to the recession of 2008 and the debt crisis of the 1760s?

In 2008, it was not just the United States that was affected by the recession; it was also a global recession. In the 1760s, the debt crisis caused economic downturns not only in Britain and the British Empire but also in the French, Spanish, and Portuguese empires. It, too, was a kind of global economic downturn. The responses were also similar because they provoked a widespread and searching discussion about how to best deal with debt. There was a powerful argument in the first decade of the 21st century that the best way to deal with this problem was austerity measures, and claims were made by a number of important people that the only way to pay down was to pursue radical austerity measures. Many European countries ended up doing that in the 1760s, and the alternative that was voiced by a number of people in this country and again throughout Europe was that the government should be involved in stimulating economic growth. So in the 1760s there was very similar kind of debate that government spending could do quite a lot to lead to a quicker recovery.

How have the economic arguments in the Declaration of Independence have been misunderstood or misinterpreted by the 2016 presidential candidates?

It has been said that President Obama’s executive order on immigration violates the limitations set out in the Declaration.

The claims of some politicians and others about Obama’s executive order on immigration runs exactly counter to the spirit and the intent of the Declaration of Independence. How? Narrowly, the Declaration of Independence did accuse George III of having seized too much power, but what the complaint was largely about was not that executives always sought too much power it was that George III sought too much power and pursued it in ways that were contrary to the British constitution. Clearly, the founders did not think that immigration was one of those policies because what the founders explicitly said in the Declaration of Independence was that George III had used his executive powers not to promote immigration, but to prevent immigration. The founders make it quite clear that they very much liked the policies that the British government pursued until 1762-1763 of subsidizing immigration to North America. It is important to realize that in the 18th century, while all North American colonies were based on immigration and immigrants, a number of North American colonies — including Georgia — were founded exclusively on subsidized immigration, meaning that it was the British government who paid for immigrants to come to Georgia to create the colony. New England, on the other hand, was created by people coming on their own.

What do you hope students will learn from you and take away from your classes?

I hope my students learn that it is very important for them to understand the historical developments that are outlined in my class, and how these historical events played a key role in shaping the world that these students currently live in. This forces us to think about how the debates that we are having in the present day are not new. Why did the people choose different paths in the past, and what were the consequences of those paths? I think this helps people evaluate the political and social choices that they are making today.