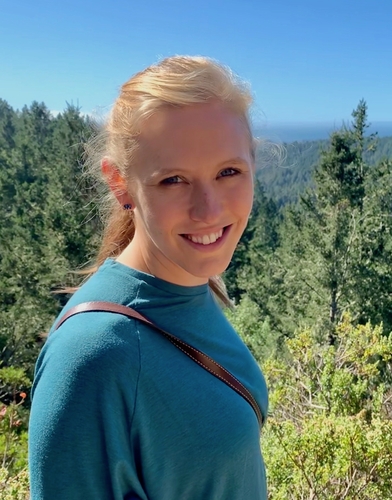 Ellen Nye is the winner of the MacMillan Center’s William J. Foltz Journalism Award. Her submission, “The World in a Dish: The Thanksgiving turkey is a beast of no nation,” appeared in The Economist’s 1843 Magazine on November 18, 2020.

Nye is a PhD Candidate in history researching early modern trade between England and the Ottoman Empire to offer a new interpretation of the inter-imperial origins of global finance. Exposing the activities of merchants trading across the English and Ottoman Empires has taken her to fifteen archives in four countries where she worked with sources in Ottoman Turkish and several European languages through the generous support of the Fulbright Commission, the Council of American Overseas Research Centers, the American Research Institute in Turkey, the P.E.O. Scholarship, Koç University’s Research Center for Anatolian Civilizations, and the Yale Fox Fellowship, among others.

Before Yale, Nye received a B.A., Phi Beta Kappa, with highest honors in history and Middle Eastern studies from Dartmouth College where she was awarded the Reichard Award for best undergraduate thesis in history. She continued her studies at the University of Cambridge, earning an M.Phil. with distinction in social and economic history. At Yale she has served as a coordinator for the Early Modern Empires Workshop, a Graduate Assembly Member, and a graduate affiliate at Silliman College.

When asked what compelled her to write the article, Nye said, “Whether over tables heaped with holiday family favorites or casual cocktails with friends, when you’re an historian who regularly works in Turkey, one question always seems to come up: Why do turkey (the bird) and Turkey (the country) have the same name?”

“I began to look into this question in earnest when I was teaching global history at Yale College. I intended the story as an enjoyable jaunt into the surprising history of a holiday mainstay for my students who were worn down by the weeks of midterms leading up to Thanksgiving. Tracing the globe-trotting history of America’s favorite festive fowl did indeed prove great fun. But more than that, I began to see how the North American turkey provided an accessible window into the long history of global connections—one capable of overcoming common conceptions of civilizations developing in isolation before clashing violently in modern times. I’m delighted to bring the story of this gobbler’s travels to an audience beyond my classroom through The Economist’s 1843 Magazine!”

Nye was interviewed about the article on “The Intelligence,” a podcast from The Economist. Listen to it here at 16 minutes into the broadcast.