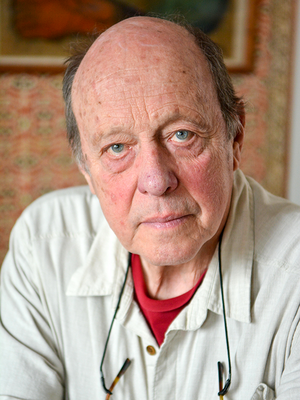 On November 2, James Scott, Sterling Professor of Political Science, Professor of Anthropology, and founder of the Agrarian Studies Program at Yale MacMillan, traveled to Berlin to receive the A.SK Social Science Award for his research on government intervention and economic policy in Southeast Asia. The following article written by Ruth Lee appeared in the Yale Daily News on November 9:

Scott accepted the 2021 award at a Nov. 2 ceremony in Berlin, Germany. The A.SK Social Science Award recognizes those who have made important contributions to economic reform. Previous winners include philosopher Martha Nussbaum, who helped develop the capabilities approach. This approach, used by the United Nations, proposes that welfare cannot be measured by income alone, but also by one’s emotional and creative potential. Another past winner is Harvard professor Raj Chetty, who created a database that identifies regions of the United States with high chances of remaining in poverty. The award is distributed every two years.

“Scott is a world renowned scholar whose work helps us understand the pervasive ways in which the state seeks to control and shape the lives of rural people, and how those people respond to these efforts for control,” Gregory Huber, political science department chair and professor, wrote in an email to the News. “We encourage our students to understand that whatever the neutral language of state building and development, it is foremost about politics. We should continue to ask big and skeptical questions.”

Scott has previously received multiple domestic and international awards, including the Benjamin E. Lippincott Award from the American Political Science Association in 2015 and the Albert O. Hirschman Prize from the Social Science Research Council in 2020.

Scott has conducted years’ worth of research on the connection between the environment and social hierarchy. His most recent research examines the extent of government intervention and economic policy in communities in Southeast Asia. In his research, he emphasizes the citizens’ ability to self-organize in local communities.

International A.SK juror Dorothea Kübler called Scott “one of the most important analysts of non-governance” during the award ceremony.

Scott could not be reached for comment by the News by the time of publication.

Scott has written multiple books on his research, including “Weapons of the Weak: Everyday Forms of Peasant Resistance” and “Against the Grain: A Deep History of the Earliest Agrarian States.” In an interview with Social Science Space, Scott identified several core points he hopes people will take away from his research.

“When we deal with the political activities of elites, we assume that they have values, ideology, ideas, aesthetics, history, culture, and so on,” Scott said. “When we deal with the activities of the mass public, we tend to read that behavior off of demographic data of age, religion, rural or urban education, literacy, and so on. If you want to understand why a group of people do what they do, you must, as a point of departure, ask them what they think they’re doing.”

Scott continued to say that, if one does not begin with their best understanding of “what they think they’re up to,” then social science runs the risk of becoming inauthentic and “behind people’s backs.”

“Jim Scott is one of the greats of our department,” Simon wrote in an email to the News. “I look up to him and his work. By focusing on politics from below, he’s actually articulated more astutely than most [of] the motives of politics from above.”

The A.SK Social Science Award has been awarded every two years since 2007.