Following in the steps of the Chinese hero Zhuge Liang: From southwest China into Myanmar 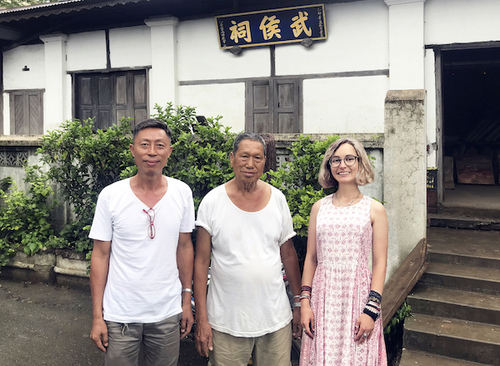 Why do the majority of Burmese people, both women and men, wear skirts rather than trousers? Because this is what the renowned Chinese military strategist Zhuge Liang (AD 181–234) taught them to do during his military campaign in southwestern China and Myanmar in AD 225—or at least so the mouthpiece of the Chinese Communist Party People’s Daily explains. As the narrative goes, Zhuge Liang took pity on local people in Myanmar for their lack of clothes. He cut off the wide sleeves of his Chinese garb, suggesting that Burmese men wrap the sleeves around their waists in what would become the traditional Burmese attire named longyi. Today, Chinese news outlets promoting this story admit that the narrative lacks historical proof. What the Chinese media do not question, however, is the fact that the Burmese people worship the spirit of Zhuge Liang, demonstrating the Chinese cultural influence in Myanmar.

The historical Zhuge Liang had never been to Myanmar. Nor are there any festivals celebrating Zhuge Liang in Myanmar, contrary to what Chinese propaganda asserts. Remarkably, contemporary Chinese media has been recycling the old imperial-period Chinese narratives of Zhuge Liang’s exploits in southwestern China and Sino-Burmese borderlands.

As my research has shown, in the 18th and 19th centuries, Chinese literati in the Yunnan province of southwestern China collectively crafted a set of narratives portraying Zhuge Liang as the conqueror of southwest Yunnan and northern Burma—the regions that the historical Zhuge Liang and his army had never reached. The imperial literati portrayed Zhuge Liang as the benefactor of non-Han peoples in Yunnan and Southeast Asia. According to Chinese writings, Zhuge Liang taught the “uncivilized” indigenes a variety of vital skills, such as rice and tea cultivation, bathing and dressing, etc. For this reason, non-Chinese minorities in Southwestern China and Southeast Asia purportedly cherished fond memories of their subduer and even established temples and festivals to worship Zhuge Liang as a deity. Hardly reflecting the reality, these narratives served to justify the Han Chinese colonization of the southwest in the late imperial period.

During my research trip to southwestern Yunnan and northern Myanmar this past summer, I found that the fictionalized narratives of Zhuge Liang’s military exploits in the Sino-Burmese borderlands have continued to shape the ways local Han Chinese people conceptualize their relationship with the past and their understanding of the present. One of the highlights of my journey was my visit to the Zhuge Liang Temple in the borderland town of Bhamo in north Myanmar’s Kachin state, where I interviewed Zhang Jiayi, the secretary-general of the local Chinese association. Secretary Zhang was pleased to inform me that Bhamo was allegedly located on the land that had long ago been conquered by Zhuge Liang. According to Zhang’s logic, it was only natural that the Chinese people were now flocking to northern Myanmar to “open up” the territory and exploit its natural resources. Secretary Zhang likewise explained that it was Zhuge Liang who taught the local Kachin people in northern Myanmar the core of their culture and customs. I realized that the richness of local folklore about Zhuge Liang’s adventures in Yunnan and Southeast Asia far exceeds Beijing’s propaganda efforts.

In recent years, the ideas of the Chinese hero’s civilizing mission in the southwest have been further reinforced by the PRC’s rapidly expanding economic and political influence in Southeast Asia. What remains to be seen is how the story of Zhuge Liang inventing clothes for the Burmese and similar narratives will figure into the continued discourse of Chinese superiority in the region.

I am thankful to the MacMillan Center’s Council on Southeast Asia Studies and Council on East Asian Studies for their financial support. 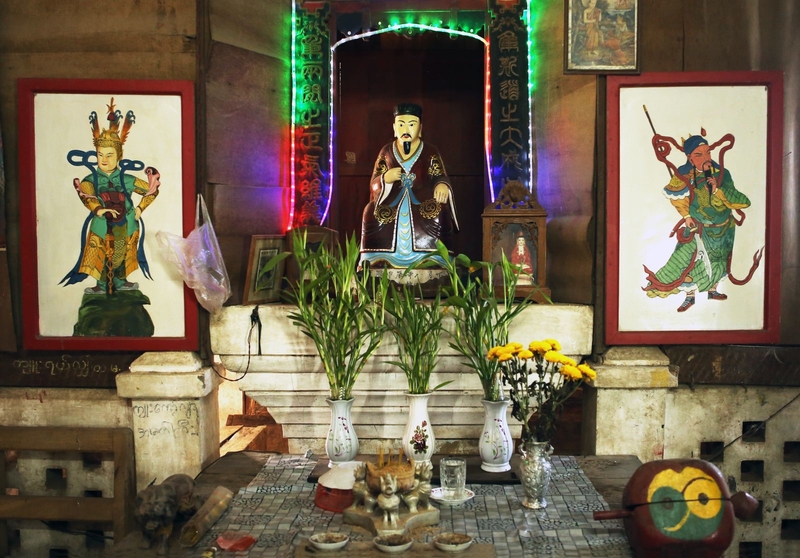