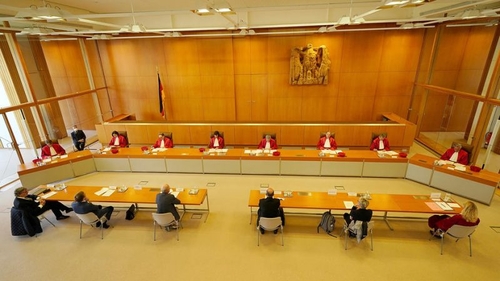 Last July, the leaders of the 27 member states of the European Union, meeting as the European Council, agreed to an economic recovery plan  prepared at their request by the European Commission. The plan, to be administered by the Commission through the EU’s Multiannual Fiscal Framework, its seven-year budget, features a €750 billion recovery fund consisting of €390 billion in grants and €360 billion in loans that will be made available to the member states to assist their recovery from the economic consequences of the Covid pandemic. The fund will be financed by the EU borrowing in the capital markets. The €750 billion will be borrowed and allocated to the member states, beginning this summer and continuing through 2024. The funds will be repaid over 30 years beginning in 2028.

In September, the European Parliament approved an Opinion supporting a new Own Resources Decision (ORD) by the Council that, if approved by all 27 member states, would provide the revenues needed to fund the seven-year budget for 2021-27 and service the €750 billion of debt. In December, the Council approved the new ORD, which permanently increases the maximum level of resources that can be called from the member states from 1.2 percent to 1.4 percent of EU Gross National Income and provides for a temporary increase in the ceiling by an additional 0.6 percent of EU GNI to be used exclusively for servicing the debt taken on to create the recovery fund. According to the text of the ORD, the 0.6 percent increase will terminate when all of the borrowed funds have been repaid and all contingent liabilities related to the loans have ceased, which should happen by the end of 2058 at the latest.

Having been approved by the EU Council, the ORD must be ratified by all 27 member states before the seven-year budget can take effect and the EU can begin borrowing the €750 billion. The EU hopes to complete the ratification procedure for the ORD before the summer so the EU can start distributing the €750 billion in grants and loans based on proposals the states are currently preparing and that must be submitted by the end of the month. On March 25, the German Bundestag voted to ratify the ORD by more than a two-thirds majority and it was approved unanimously the next day by the Bundesrat, the body that consists of representatives of the sixteen state governments. The next and last stop in the ratification procedure was the office of President Frank-Walter Steinmeier for his signature on the legislation ratifying the ORD.

However, just as Steinmeier was about to sign the legislation, the Federal Constitutional Court in Karlsruhe intervened and stopped the ratification procedure. It announced the president was not permitted for the time being to sign the legislation and thereby complete Germany’s ratification because its Second Senate—the Court has two Senates, each one consisting of eight justices—first had to rule on an emergency application submitted by the Alliance of Citizens’ Will, a citizens’ group, for a preliminary injunction prohibiting promulgation of the act ratifying the ORD. The group argued the EU is prohibited from issuing debt by EU law – specifically, Article 311 of the Treaty on the Functioning of the EU, which states that “the budget shall be financed wholly from own resources”—and that a decision to allow it to issue debt is therefore “ultra vires”—beyond its powers—and violates the treaty. In addition, the group argued that approval of the ORD would violate the rights of the Bundestag by making Germany potentially liable (with the other member states) for the approximately €1 trillion in interest and principal that must be repaid over the 38 years from 2021 through 2058.

The Court’s decision sent shock waves through the EU very much like those it sent last May when it ruled in regard to the European Central Bank’s Public Sector Asset Purchase Programme (PSPP) that the German government and the Bundestag had, as those who filed complaints against the PSPP asserted, violated their rights under Germany’s Basic Law by failing to take steps to challenge the fact that the ECB, in its decisions on the adoption and implementation of the PSPP, had neither assessed nor substantiated that the measures provided for in those decisions satisfied the principle of proportionality. In that decision, the Court had said that, while the European Court of Justice had taken a different stance in its 2018 preliminary ruling in response to a referral from the German Court, the ECJ’s review was “not comprehensible” and, to that extent, its judgment “was rendered ultra vires.” It had said, specifically, that the ECJ had failed to give consideration to the importance and scope of the principle of proportionality in Article 5 of the Treaty on European Union, which applies to the division of competences between the EU and its member states, and that its ruling was “simply untenable from a methodological perspective given that it completely disregards the actual economic policy effects of the Programme.” The German Court directed the government and the Bundestag to take steps to ensure that the ECB conducted a proportionality assessment with regard to its reinvestments under the PSPP and prohibited the Bundesbank from participating in the implementation and execution of ECB decisions at issue until the ECB’s Governing Council adopted a decision that “demonstrates in a comprehensible and substantiated manner that the monetary policy objectives pursued by the PSPP are not disproportionate to the economic and fiscal policy effects resulting from the Programme.”

With that ruling in mind, after the Court intervened and stopped the ratification of the ORD just as it was about to be completed, many observers feared the Court might grant the application for a preliminary injunction that would put Germany’s ratification of the ORD on hold for some unknown but possibly considerable length of time while it conducted a review that could involve, as had the review of the PSPP, a referral to the ECJ. Since all of the member states must approve an ORD, that would mean that, at best, both the EU’s seven-year budget and the €750 billion recovery fund would be delayed for some unknown but possibly considerable length of time. And it could, of course, mean that, after reviewing the matter, the Court could issue a decision prohibiting German ratification of the ORD and, in so doing, prevent the EU from borrowing the €750 billion needed for the recovery fund.

Yesterday, the Court released the Second Senate’s decision rejecting the application for a preliminary injunction preventing Germany’s ratification of the EU’s ORD. It concluded the complaint “is neither inadmissible from the outset nor clearly unfounded: the applicants have demonstrated that it is at least possible that domestic ratification could encroach upon the constitutional identity of the Basic Law…or that the decision to be ratified might exceed the EU integration agenda in a manifest and structurally significant manner.” However, it said, “based on a summary examination, it does not appear highly likely that the Court will find a violation of Article 79(3) of the Basic Law [pertaining to the budgetary responsibility of the Bundestag] in the principal proceedings. Therefore, the decision in the present preliminary injunction proceedings must be based on a balancing of consequences, the outcome of which is not in favour of the applicants: the consequences that would arise if the preliminary injunction sought were not issued but the act of approval were later found to be unconstitutional are less severe than the consequences that would arise if the preliminary injunction were in fact issued but the constitutional complaints lodged by the applicants ultimately turned out to be unfounded in the principal proceedings.”

There was a collective sigh of relief across Europe yesterday when the decision was published. Assuming all the other member states ratify the ORD, the EU will be able to go forward with its plan to go to the capital markets to raise the €750 billion that will be distributed to the member states in the form of grants and loans. Nevertheless, in its decision the Court noted that “the constitutional complaint lodged in the principal proceedings is not clearly unfounded,” and it made it clear that it will conduct  a thorough examination of the constitutional issues raised by the applicants—specifically, whether the ORD could, by facilitating up to €750 billion in EU debt, increase Germany’s liability for EU debt beyond the limit (€190 billion) set for it under the European Stability Mechanism; whether the ORD could undermine the Bundestag’s budgetary autonomy to a degree that exceeds the limits set by Article 79 of the Basic Law; and whether the ORD is compatible with the “no bailout clause” in Article 125 of the Treaty on the Functioning of the European Union (TFEU) and the requirement in Article 311 of the TFEU that “the budget shall be financed wholly from own resources.”