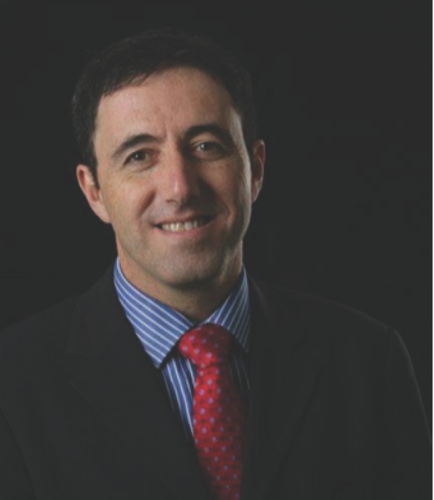 Gidon Bromberg, the co-founder and Israeli co-director of EcoPeace Middle East, a unique organization that brings together Jordanians, Palestinians, and Israelis to promote environmental sustainability and advance peace efforts in the Middle East, will give the annual Coca-Cola World Fund Lecture at Yale on Tuesday, November 12.

His talk, “Can Innovation on Water Issues Be a Game Changer in the Arab/Israeli Conflict?” will start at 4:30 p.m. in Henry R. Luce Hall Auditorium, 34 Hillhouse Avenue, in New Haven. The lecture, sponsored by the Whitney and Betty MacMillan Center for International and Area Studies, is free and open to the public.

Established in 1994, EcoPeace is the first cross-border environmental group in the Middle East, and a global trailblazer in the practical implementation of environmental peacebuilding. Through EcoPeace, Bromberg has made an outstanding contribution to environmental sustainability in one of the most challenging environments imaginable. Focusing on sustainable transboundary water management, he has spearheaded successful advocacy campaigns on the Jordan River, the Dead Sea, and the water crisis in Gaza; he developed EcoPeace’s flagship “Good Water Neighbors” project, which engages dozens of cross-border communities and has become a model program for conflict areas worldwide (receiving the 2017 GCSP Prize for Innovation in Global Security). Through these programs and campaigns, he has shown Israelis, Palestinians, and Jordanians how their national destinies and self-interests are inextricably linked to their shared environment.

Bromberg has often accomplished what was seen as impossible. He was told that fresh water would never flow in the Lower Jordan River, yet in 2013, following a decade of EcoPeace advocacy, fresh water was allowed to flow again from the Sea of Galilee to the Jordan River; He was told that it would be unrealistic to expect Jordanian, Israeli, and Palestinian stakeholders to agree on a plan for the rehabilitation of the Jordan River, yet in 2015, EcoPeace got all sides together and published the first-ever integrated master plan for the sustainable development of the Jordan Valley.

Together with EcoPeace, Bromberg is currently engaged in his most ambitious project yet—The Water / Energy Nexus (WEN) project, which seeks to advance trans-border exchanges of desalinated water and solar energy, creating a regional water-energy community to counter the effects of climate change and to provide solutions to water scarcity in the region.

Bromberg, an attorney by profession, has written extensively on the relationship between water issues and Middle East peace and has presented before the UN Security Council, UN Climate Summit, US Congress, European Parliament, and other international forums. He was chosen by Time Magazine in 2008 as an ‘Environmental Hero.’ Bromberg also is a recipient of the Skoll Award for social entrepreneurship, and in 2018 was the recipient of Stanford University’s most prestigious environment prize, the Bright Award.