How do democracies fall apart (and could it happen here)? 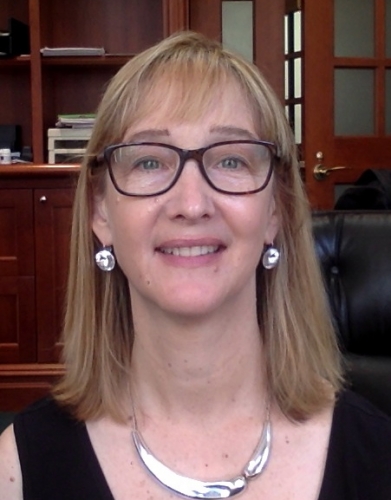 On October 6 in Henry R. Luce Hall, the Program on Democracy at the MacMillan Center at Yale and Bright Line Watch (BLW) – an initiative that studies democratic performance in the U.S. and calls attention to threats to American democracy – convened the conference How Do Democracies Fall Apart (And Could It Happen Here)? Bringing together world-renowned scholars and journalists together with Yale’s political science community, the full-day conference discussed the critical factors that have led to the degradation or destruction of democracy in other times and places, and analyzed whether these factors conspire to have the same effect in the United States today.

The four academics who founded Bright Line Watch – John Carey, Dartmouth College; Gretchen Helmke, University of Rochester; Brendan Nyhan, Dartmouth College; and Susan Stokes, Yale University – and Joe Goldman, President of Democracy Fund, opened up the conference with a session entitled Assessing the Erosion of Democracy in the United States. (view video) They presented the findings of a series of surveys of political scientists and the public on the state of American democracy, which Bright Line Watch had conducted since Trump took office; among them, that Americans’ ratings of democratic performance are often worse than those of experts, especially in the areas experts identify as the most important, and that Trump’s backers and detractors often have quite similar views on which dimensions of democracy matter most: both groups rated clean elections, politically neutral investigations of public officials, and equal legal, political, and voting rights as most important for democracy.

A panel entitled How Democracies Die? followed, with interventions by Timur Kuran, Duke University; Margaret Levi, Stanford University; Beatriz Magaloni, Stanford University; and Adam Przeworski, New York University, and moderated by Arturo Valenzuela, Former Assistant Secretary of State for Western Hemisphere Affairs. (view video) Professor Przeworski noted that if we believe statistical patterns, we do not have to worry about democracy collapsing in the U.S., but at the same time he warned that “anti-establishment” or “anti-system” sentiments will likely be strengthened if public dissatisfaction with government performance persists. Professor Levi focused on the decline of an intermediary association that, in her view, is critical to a flourishing democracy: labor unions, an important economic tool for balancing corporate power and influence.

In the closing session, Can It Happen Here? And What Can We Do About It?, academics and journalists reflected on the likelihood of democratic backsliding in the U.S. and the role of academia and the media in preventing it, with interventions by Julia Azari, Marquette University; Emily Bazelon, New York Times, Yale University; David Frum, The Atlantic; Tom Ginsburg and Aziz Huq, University of Chicago Law School; Frances Lee, University of Maryland; and Yascha Mounk, Harvard University. (view video) Professor Lee considered that threats to American democracy are more likely to entail erosion of the norms of a racially and ethnically inclusive liberalism rather than a concentration of executive power. Professors Ginsburg and Huq argued that, while the U.S. Constitution may be good at checking coups or the anti-democratic deployment of emergency powers, it is not well suited to stall the slow decay of democracy.

Written by Germán Feierherd, a postdoctoral associate in the Program on Democracy at the MacMillan Center at Yale.