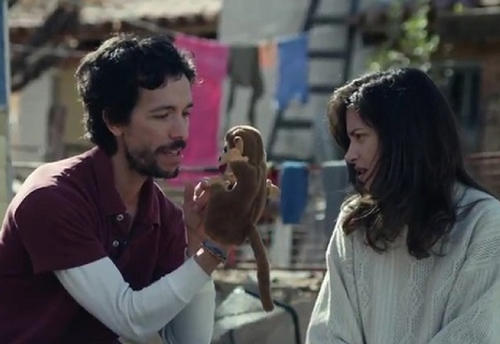 The Latino and Iberian Film Festival at Yale (LIFFY), sponsored by the Council for Latin American and Iberian Studies at the Whitney and Betty MacMillan Center for International and Area Studies, opens on Wednesday, November 7 and runs through Sunday, November 11. The festival is free and open to the public.

The opening night celebration begins at 7 p.m. with a screening of “Tras la sierra (Behind the Hills)” by Juan Pablo Sasiain (Argentina). There will be a Q&A discussion with actor Ananda Troconis. A reception immediately following it will feature music by El Pulpo Loco. View full schedule.

LIFFY was created by Margherita Tortora, who has been teaching Spanish language at Yale since 1993 as well as a class titled “Spanish Through Film.”

“We strive to promote cultural awareness and understanding through the screening of films from many different countries where Spanish and Portuguese are spoken, and by inviting filmmakers, actors, and producers to converse with our audience,” said Tortora. “It is our premise that knowledge promotes respect for diversity and unity amongst peoples of divergent backgrounds.”

LIFFY began as a film series in the late 1990s, then collaborated with the New England Festival of Iberian Cinema for five years (2010- 2014); it was established as The Latino and Iberian Film Festival at Yale (in 2015, sponsored by the MacMillan Center.

The festival has three award categories: Best Short Film, Best Feature Film, and Best Documentary. The films must have something to do with Latino, Iberian or Latin American culture in general; must have English subtitles; and must have been made within the last three years. The jury consists of three or four noted filmmakers, critics, or professors of film studies.

All films are screened with English subtitles. Many screenings are followed by a question and answer session with the filmmakers and/or actors in attendance.

Additional sponsors for the LIFFY include the Office of New Haven and State Affairs, the Poynter Fellowship in Journalism at Yale, and The Edward J. and Dorothy Clarke Kempf Memorial Fund. For a full list of sponsors, see https://liffy.yale.edu/sponsors.