The MacMillan Report, an online show that showcases Yale faculty in international and areas studies and their research and visiting scholars in a one-on-one interview format, celebrates its 10th anniversary this month. Sponsored by the Whitney and Betty MacMillan Center for International and Area Studies at Yale, the show aired its first interviews in October 2008. Since then, the show has featured more than 225 interviews. Shows can be viewed here.

“When I look back on the 10 years since we launched the show, the breadth and depth of Yale faculty’s research around the globe really stands out,” said Marilyn Wilkes, Executive Producer and Host. “Thousands of people around the world watch The MacMillan Report and during the 15 or 20 minutes of our interviews, they are able to learn about so many different topics from our truly exceptional faculty and visiting scholars.” 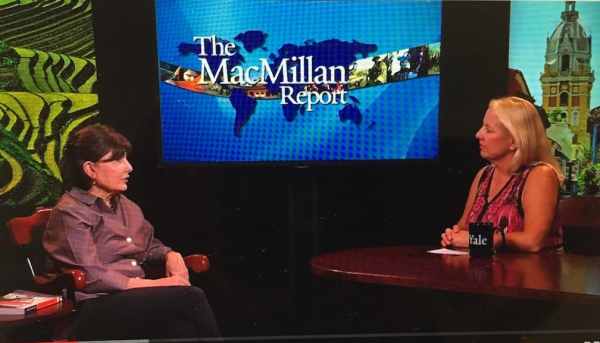