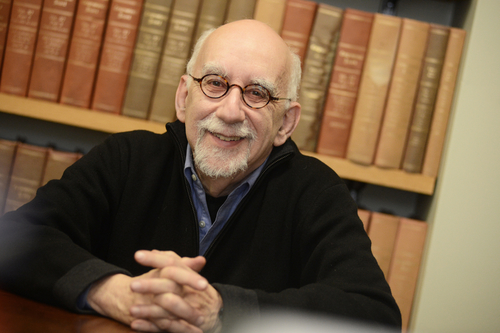 Ira Katznelson, a political scientist and historian noted for his research on the liberal state, inequality, social knowledge, and institutions, will give a series of three lectures this month on “Exigencies: From Impermanent Emergencies to Enduring Exceptions” for the Henry L. Stimson Lectures on World Affairs at the Whitney and Betty MacMillan Center for International and Area Studies at Yale.

The “Exigencies: From Impermanent Emergencies to Enduring Exceptions” lectures will focus on three themes: “Dahl’s Nightmare,” on Tuesday, February 26; “Liberalism’s Edge” on Wednesday, February 27; and “Negotiating the Rule of Law” on Thursday, February 28. All three lectures begin at 4:00 p.m. in Henry R. Luce Hall Auditorium, 34 Hillhouse Avenue. They are free and open to the public. The lectures are sponsored by the Whitney and Betty MacMillan Center for International and Area Studies and the Yale University Press.

Professor Katznelson is Ruggles Professor of Political Science and History at Columbia University.  His 2013 Fear Itself: The New Deal and the Origins of Our Time was awarded the Bancroft Prize in History and the Woodrow Wilson Foundation Award in Political Science.  Other books include the recently-published Southern Nation: Congress and White Supremacy After Reconstruction (co-authored with David Bateman and John Lapinski), and Desolation and Enlightenment: Political Knowledge after Total War, Totalitarianism, and the Holocaust.  Professor Katznelson, a member of the American Academy of Arts and Sciences and the American Philosophical Society, is a former president both of the American Political Science Association and the Social Science Research Council.

Previous Stimson Lectures have included “Political Order in Changing Societies” by Samuel P. Huntington; “Financial Crises in Emerging Markets” by Alexandre Lamfalussy; “Arms and Influence” by Thomas C. Schelling; “The Arab Center: The Promise of Moderation” by Ambassador Marwan Muasher; “Beyond the Democratic Maze” by John Dunn; “What Happened to National Liberation” by Michael Walzer; “The Imprint of Congress” by David Mayhew; “FDR’s Third Hundred Days” by Susan Dunn; “Liberal Ideals & International Realities” by John J. Mearsheimer; “America Confronts the Post-Imperial World” by William R. Polk; and “The Lost History of Global Intelligence—and Why It Matters” by Christopher Andrew.