Professor Ackerman: “President Donald Trump is likely to pardon himself” 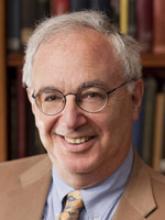 Bruce Ackerman, Sterling Professor of Law and Professor of Political Science, has said he believes President Donald Trump will pardon himself before leaving office. But he told BBC World News that would not mean he would not face charges.

“The president can only pardon people for their offences against federal law,” Professor Ackerman said.

“There is every reason to believe however that President Trump will be charged with a large number of criminal offences especially under the law of the state of New York,” he added.

President Trump is facing numerous investigations, including New York State inquiries into whether he misled tax authorities, banks or business partners. He has repeatedly dismissed the probe calling it a “witch hunt”.