The SPD and Greens make big gains in German election, CDU & CSU get worst result ever 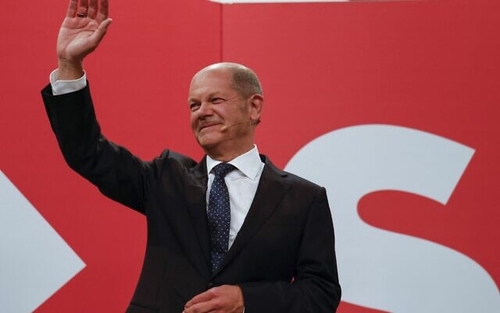 On Sunday, German voters went to the polls to elect a new Bundestag to replace the one elected four years ago. The Social Democratic Party of Germany (SPD), led by Olaf Scholz, the Minister of Finance and Vice Chancellor in Chancellor Angela Merkel’s outgoing government and likely Chancellor in the next government, won a substantial increase in its share of the vote as did the Greens, a likely partner of the SPD in the next government. In sharp contrast, the Christian Democratic Union (CDU) and its Bavarian sister party, the Christian Social Union (CSU), running for the first time since 2002 without Merkel as their chancellor candidate and led, instead, by Armin Laschet, the Minister-President of North Rhine-Westphalia and, since January, the leader of the CDU, suffered a dramatic defeat. Indeed, the CDU & CSU won their smallest share of the vote in any election since the advent of the Federal Republic in 1949.

In Germany’s mixed-member electoral system, each voter has two votes—one for the representative of the constituency, the other for a party. 299 seats in the Bundestag are filled by those elected to represent the single-member constituencies and 299 (or more) additional seats are filled from party lists in each state according to each party’s proportion of the total vote in the state for all parties that get at least 5 percent of the country-wide party list vote or win three constituencies. Parties that win more constituencies than their party list share of the vote in the state would give them are allowed to keep the extra seats, which are called overhang seats. To compensate the other parties and ensure that the overall result is proportional, additional compensatory seats are awarded to those other parties. In Sunday’s election, 137 extra compensatory seats were allocated, resulting in a Bundestag that will have a total of 735 members—299 constituency representatives and 436 from the party lists.

The Free Democratic Party (FDP), led by Christian Lindner, which is a potential partner of the SPD and Greens in a “traffic light” coalition (named for the parties’ colors – red for the SPD, green, and yellow for the FDP) did not win any constituency seats. But it did win 11.5 percent of the party list vote, an increase of 0.7 percent from the 10.8 percent it won in 2017, and 92 party list seats, a gain of 12.

In contrast to the substantial gains won by the SPD and the Greens, the CDU and CSU—in particular, the CDU—experienced a substantial loss in Sunday’s election. The CDU won 98 constituency seats throughout Germany (except, of course, in Bavaria), which was 87 less than the 185 they won in 2017. And the CDU won only 18.9 percent of the party list vote, a loss of 7.9 percentage points from the 26.8 it won in 2017. As a result, the CDU will hold a total of 151 seats—98 constituency seats and 53 party list seats—in the new Bundestag, a decrease of 49 from the 200 they won in 2017. The CSU, which runs only in Bavaria, suffered losses as well, but they were much more modest than those experienced by the CDU; the CSU won 45 constituency seats in Bavaria, a loss of one seat, and 5.2 percent of the national party list vote, one percentage point less than what it received in 2017.

The substantial losses experienced by the CDU were no doubt the result of several things—the fact that the CDU had been in government for sixteen years; the fact that Angela Merkel, who had been the party’s leader since 2000 and Chancellor since 2005, had decided in late 2018 to step down from the party leadership and not be the CDU-CSU chancellor candidate this year, as she had been in every election since 2005; and the fact that Laschet turned out to be not only an ineffective campaigner but prone to electorally-costly gaffes. Taking those three things together, many Germans concluded it was time for a change.

In the winter and early spring of 2020, fueled by the government’s response to the Covid pandemic, support for the CDU-CSU, as measured in the polls, increased dramatically from roughly 27-28 percent throughout much of 2019 and the first months of 2020 to almost 40 percent by May and June of 2020. But then after edging down a bit and leveling off at about 35-37 percent through the remainder of 2020, support dropped sharply to roughly 25 percent by May of this year. Support subsequently increased to almost 30 percent by early July. But after that, it again dropped sharply, and by the end of August, only 20-22 percent of the voters said they support the CDU & CSU, roughly 10 percentage points less than what they won in 2017

While those and more recent polls didn’t identify the reasons for the erosion in support for the CDU this year, it may have been, at least to some extent, a consequence of the CDU having elected Laschet rather than Friedrich Merz as its leader in January and then having selected Laschet rather than Markus Söder, the Minister-President of Bavaria and leader of the CSU, to be the CDU-CSU chancellor candidate in April. It’s hard not to attribute the difference between the outcome in yesterday’s vote for the CDU and the CSU at least in part to the difference between Laschet and Söder; had the CDU decided to select Söder as its chancellor candidate, it still might have lost, but it almost certainly would have done better than it did with Laschet as the chancellor candidate. For one thing, it almost certainly would have avoided the huge, and hugely damaging, gaffe that occurred on July 17 when Laschet was photographed laughing and chatting in the background while President Frank-Walter Steinmeier spoke solemnly at a ceremony in Erftstadt, one of the towns hit hardest by the July floods, honoring those who perished and promising aid to those who survived.

The CDU wasn’t, however, the only party to experience a significant loss of support on Sunday.  The xenophobic, right-wing Alternative for Germany (AfD), which, fueled by the opposition to the arrival of refugees from Syria and elsewhere in the Middle East, had increased its share of the vote by nearly eight percentage points, to 12.6 percent, in 2017, saw its share of the party list vote drop yesterday to 10.3 percent. The AfD did win 16 constituency seats, a gain of 13 over the three it won in 2017. But it won only 67 party list seats, compared with the 91 such seats it won in 2017. As a result, it won a total of 83 seats in the new Bundestag, eleven less than the 94 seats it won in 2017.

On the other side of the political spectrum, the Left (Linke) also experienced a substantial loss in support and seats yesterday. The successor to the Party of Democratic Socialism (PDS) which was itself the successor to the Socialist Unity Party (SED) of the German Democratic Republic, won three constituency seats, a loss of two, and 4.9 percent of the party list vote, a drop of 4.3 percentage points from the 9.2 percent it had won in 2017. Although it fell short of the 5 percent threshold for receiving seats from the party list, because it won at least three constituency seats it qualified for party list seats and received 36, giving it a total of 39 seats in the new Bundestag.

With the SPD having won the largest share of the party list vote and the largest number of deputies and the CDU having experienced a substantial defeat, it’s clear that Olaf Scholz, rather than Armin Laschet, will replace Angela Merkel as chancellor. But which parties will join the SPD in the new government remains to be decided in weeks—and possibly months—of negotiation. The new Bundestag will have 735 members. With the SPD having 206 seats and the Greens 118, those two parties are 44 short of the minimum majority of 368. The Left, with 39 seats, does not have enough seats to give the SPD and Greens a majority, so the red-red-green option is out. The AfD is obviously not an option and it’s highly unlikely the SPD and Greens would want to form a government with the CDU and CSU. Therefore, the possible options for the next government would appear to boil down to one—a “traffic light” coalition of the SPD, Greens and FDP—notwithstanding the latter’s announced aversion to some of the fiscal and economic policies of the other two parties.