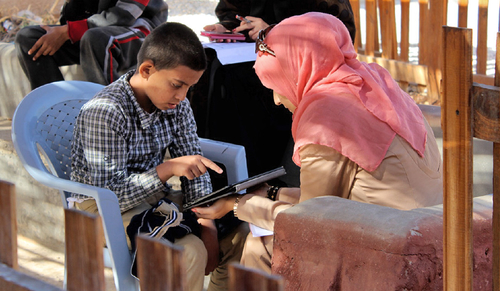 Poverty, not war-related trauma, drives cognitive deficits in young people displaced by conflict, according to a new Yale-led study of adolescents affected by the crisis in Syria.

The study, published in the journal Child Development, is the first to test executive function — a set of higher-order cognitive skills required for abstract thinking, decision making, and executing complex plans — in displaced Syrian youth and their Jordanian peers.

The researchers found that displaced and non-displaced youth did not significantly differ in their working memory (the ability to keep goals in mind) or their inhibitory control (the capacity to resist impulses), suggesting that war-related trauma itself may not negatively impact people’s executive function.

The study did find evidence that the burden of household poverty, rather than trauma and violence, affected displaced adolescents’ working memory — which, by extension, can harm their ability to succeed in school or on the labor market. The finding is consistent with recent studies of children living under adversity in the United States that found a disassociation between poverty and violence in predicting executive function, the researchers noted.

“It’s striking that poverty alone influenced working memory, given the multiple war-related trauma the Syrian youth in our study had experienced,” said Catherine Panter-Brick, professor of anthropology at Yale University and the study’s principal investigator. “Our study is the first to test cognitive skills in real-life settings and to disentangle the impacts of poverty, violence, levels of insecurity, and symptoms of posttraumatic disorder for both refugee and non-refugee populations. It offers important insights into links between childhood adversity and cognitive function.”

The research team studied 240 Syrian refugee and 210 Jordanian non-refugee adolescents between the ages of 12 and 18. The participants were living in four cities in northern Jordan — Irbid, Jarash, Mafraq, and Zarqa — that have been heavily affected by the Syrian crisis. The youth were assigned tasks on tablet devices to assess skills related to working memory and inhibitory control.

The researchers used survey measures to assess poverty, levels of trauma exposure, post-traumatic stress disorder (PTSD), and insecurity. They conducted analyses to learn whether any of those factors predicted the youths’ performance on tasks involving inhibitory control and working memory. The only association they observed was between poverty and working memory in the displaced youth. The association was not seen among the Jordanian youth, potentially because there was not enough variation in household wealth in this sample, the researchers explained. 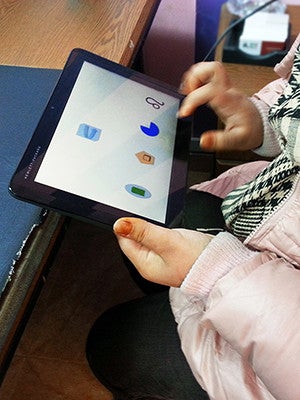 Since hostilities began in 2011, the Syrian crisis has forced nearly 5.7 million people to flee the country while another 6.5 million Syrians are internally displaced, creating the world’s largest refugee crisis since World War II, according to the Office of the United Nations High Commissioner for Refugees. Twenty-eight million children worldwide are currently displaced.

“Humanitarian agencies working with war-affected populations often hope to boost the ‘soft skills’ of socioemotional learning as well as educational achievement in childhood and adolescence,” said Panter-Brick. “Working memory matters for learning outcomes, and what matters for working memory is the ongoing burden of poverty, more so than past exposure to violence.”

Panter-Brick’s research team, working with the same cohort of Syrian youth, has developed and tested a tool for measuring resilience in Syrian refugee youth; evaluated the effectiveness of a humanitarian intervention meant to improve the mental health of youth affected by the Syrian crisis; and showed that a humanitarian program reduced levels of cortisol, a hormone associated with stress.

The research was conducted in collaboration with Mercy Corps, a global non-governmental, humanitarian aid organization. It was funded by Elrha’s Research for Health in Humanitarian Crises (R2HC), which aims to improve health outcomes by strengthening the evidence base for public health interventions in humanitarian crises. The R2HC program is funded equally by the Wellcome Trust and the government of the United Kingdom.