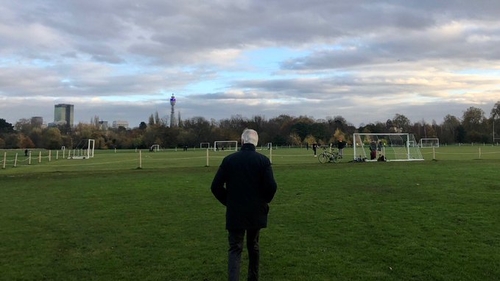 Last Saturday, after two weeks of intensified negotiation of an agreement about their future relationship after the UK leaves the EU’s internal market and customs union at midnight on December 31, European Commission President Ursula von der Leyen and British Prime Minister Boris Johnson spoke by phone and took stock of the negotiation. Tweeting afterwards, von der Leyen said, “Some progress has been made, but large differences remain especially on level playing field and fisheries. Our teams will continue working hard next week. We will remain in close contact in the next days.” Johnson’s office released a similar statement: “The Prime Minister set out that, while some progress had been made in recent discussions, significant differences remain in a number of areas, including the so-called level playing field and fish. The Prime Minister and President agreed that their negotiating teams would continue talks in London next week, beginning on Monday, in order to redouble efforts to reach a deal. They agreed to remain in personal contact about the negotiations.”

On Monday, Michel Barnier, the EU’s chief negotiator, returned to London and tweeted as he arrived: “Happy to be back in London today, redoubling our efforts to reach agreement on the future partnership. 3 keys to unlock a deal: No 1: Respect of EU autonomy and UK sovereignty, w/ effective governance and enforcement mechanisms between international partners; No 2: robust guarantees of free and fair trade & competition based on shared high standards, evolving coherently over time; No 3: Stable and reciprocal access to markets and fishing opportunities in the interest of both parties.”

These are, of course, the three issues that have been most challenging for Barnier and Lord David Frost, the UK’s chief negotiator, and their teams since the negotiation began in early March. A good deal of progress has been made in the last several weeks on texts pertaining to trade in goods and services—the core issues of a free trade agreement—and other issues. But eight months on, the negotiators are still sharply divided on those three issues—creating a governance mechanism that ensures that both sides adhere to the terms of the agreement and provides for the resolution of any disputes that might arise; maintaining a level playing field for British and EU businesses competing with each other; and providing access for EU fishermen and women to British territorial waters.

While all three are important, the latter two—ensuring a level playing field of competition for UK and EU businesses and dealing with the fishing issue—have proven to be especially difficult to resolve. In regard to the first, the EU insists that the UK maintain a level playing field for EU and British firms by adhering to EU rules pertaining to state subsidies and labor, health, and environmental standards while the UK insists that it not be required to remain “dynamically aligned” with EU rules and standards—i.e., that it not be prevented from lowering its rules and standards through “non-regression” clauses and not be required to match increases in EU rules and standards through “evolution” or “ratchet” clauses. In regard to the second, the EU insists that the UK allow continued access by EU fishermen and women to British territorial waters and agree to negotiate multi-year quotas for their catches in those waters while the UK insists that it be able to limit the access of EU fishermen and women to its waters, negotiate the quotas for EU catches in its waters on an annual basis, and be able to reduce EU quotas if the stocks of fish or livelihoods of British fishermen and women are threatened.

Several weeks ago in comments to a House of Lords committee, Frost indicated the UK might be willing to go further in regard to limitations on state subsidies—the most contentious aspect of the level playing field issue—than it had in the recent trade deal it agreed with Japan. In that deal, the UK and Japan agreed to prohibit the governments from indefinitely guaranteeing the debts of companies. He said, “We are beginning, and we are only just beginning, a discussion on ‘is it possible to go further than you normally do in a free trade agreement’ and agree some provisions that, as it were, shape and condition the subsidy policy on both sides.” Later, in a separate hearing with MPs, he suggested progress was being made on that issue and that, of the two issues, fishing was the more difficult one: “Fisheries is the most difficult issue remaining for us….but I wouldn’t want to say that any issue can’t be solved.” The irony, of course, is that fishing constitutes a miniscule portion of the British economy—in 2019, 0.12 percent of  GDP. But the fishing issue is not just about economics. For the UK, it conveys a politically and symbolically powerful image of British fishermen and women, doing difficult work in dangerous conditions, living in small ports that depend for their livelihood on fishing, and competing in British waters with large government-subsidized fleets from France, Belgium, the Netherlands, Denmark, Germany, Spain, Portugal and Ireland. And for the EU countries that currently fish in  British territorial waters and have multi-year quotas negotiated through the Common Fisheries Policy, maintaining that access is important for the same political reasons.

As if the level playing field and fishing issues weren’t already sufficiently complicated, the negotiators had to deal with several significant distractions this week. On Monday, the British House of Lords voted by overwhelming margins—433 to 165 and then 407 to 148—to remove clauses in the government’s Internal Market Bill, approved by the House of Commons, that would give ministers the power to “disapply”—i.e., disregard—provisions in the Protocol on Ireland/Northern Ireland contained in the Withdrawal Agreement agreed last year by the EU and UK and, in so doing, because the Withdrawal Agreement is an international treaty, violate international law. Specifically, the Lords voted to remove clause 42 of the Bill that gives the government the power to disapply or modify export declarations and other exit procedures for goods moving from Northern Ireland to Great Britain and clause 44 that allows only the Secretary of State for Northern Ireland to comply with Article 10 of the Protocol requiring that the European Commission be given notification or information relating to state aid. The government immediately said the clauses would be re-tabled when the Bill comes back to the House of Commons in December. But Simon Coveney, Ireland’s foreign minister, made it very clear what is at stake, tweeting: “It’s for UK Parl to legislate as it sees fit. But understand, if UK passes law designed to break International Law, WI & Protocol, then there will be no trade deal. EU cannot ratify a new deal while U.K. is legislating to break a previous agreement. Trust & Good Faith Matters.”

On Tuesday, President-elect Joe Biden reaffirmed in a phone call to Johnson his strongly-held support for the Good Friday Agreement and his view that, in implementing Brexit, the U.K. must fully uphold the agreement in all its particulars. Johnson reportedly assured him it would do so. But he subsequently made it clear that he would ask the House of Commons next month to restore the deleted clauses to the Internal Market Bill and would also bring forward a Finance Bill that would, among other things, allow the government to determine by itself, rather than with the EU, whether goods travelling from Great Britain to Northern Ireland have a “genuine and substantial risk” of travelling on to Ireland and would thus be subject to a tariff upon their entry to Northern Ireland.

On Wednesday, Johnson decided to withdraw his earlier offer to Lee Cain, his communications director, to become his chief of staff and Cain announced he would leave his position in the near future. Cain, a veteran of the Vote Leave campaign and a friend and 10 Downing Street ally of Dominic Cummings, Johnson’s chief adviser, is also a friend of David Frost, and both Cummings and Frost were reported to be reconsidering their positions Wednesday evening. By Thursday, Cummings, who in January had said he intended to serve only through December, made it clear he would in fact leave at the end of 2020. But this evening, after speaking with Johnson, Cummings resigned effective immediately, as did Cain.

Whether the Cain and Cummings departures were the result of an investigation into a leak in advance of Johnson’s televised address on October 31 announcing a second national lockdown to deal with the pandemic, or because, as some have speculated, they believed Johnson has decided to make the concessions needed in order to reach an agreement with the EU, or because of widespread anger among many Conservative MPs about the way Cain and Cummings were limiting their access to Johnson, or for some combination of those and other reasons, the fact that both decided to leave and that Frost, despite leading the UK team in the midst of an intensified negotiation with the EU team, reportedly considered stepping down as well undoubtedly caused a good deal of distraction this week for those attempting to bridge the differences in the positions of the EU and UK on the governance, level playing field and fishing issues.

When the negotiation began, it was widely assumed that, in order for an agreement to be considered and approved, as it must be, by both the European and British Parliaments and then ratified by all of the EU member states in time to take effect at midnight on December 31, it would have to be completed by mid-October at the latest. As the negotiation continued, the target date shifted to the end of October and then to early November. But it’s now mid-November and time is running out; indeed, exactly seven weeks from today—January 1, 2021—the UK will find itself—with or without an agreement in regard to its future relationship with the EU—no longer in the EU’s internal market and customs union. The  EU believes that if the European Parliament is to have sufficient time to review the agreement, it will have to be completed, at the very latest, by next week. On Wednesday, European Council President Charles Michel announced the 27 leaders will meet in a video conference next Thursday, November 19. The announced agenda is a follow-up to the European Council’s October meeting that dealt with the Covid-19 crisis and will be focused on strengthening the collective effort to fight the pandemic with testing and tracing and, in the near term, the production and distribution of one or more vaccines. But surely the leaders will want to hear where things stand in the EU-UK negotiation and point out, yet again, that time is running out. They may even decide time has run out.

Yesterday, leaving the conference center in London where the negotiations are taking place, Barnier said the talks were an “ongoing process” and advised those inquiring about progress to be patient. Later, he tweeted the photo (above) of himself looking out at some playing fields in Regent’s Park, accompanied by the message: “Short break from intense EU-UK negotiations in London. Went looking for level playing fields…”

Today, Johnson’s spokesman said, “The talks are continuing in London today, there will be a pause over the weekend and then we are expecting the talks to resume in Brussels on Monday. The negotiating teams are working very hard to bridge the significant gaps between us. For our part, we continue to seek solutions that fully respect UK sovereignty but the familiar, difficult issues remain including on the so-called level playing field and fisheries.”

And so Michel Barnier will continue his search for a level playing field in Brussels next week.