What we can learn from Lebanese waste management 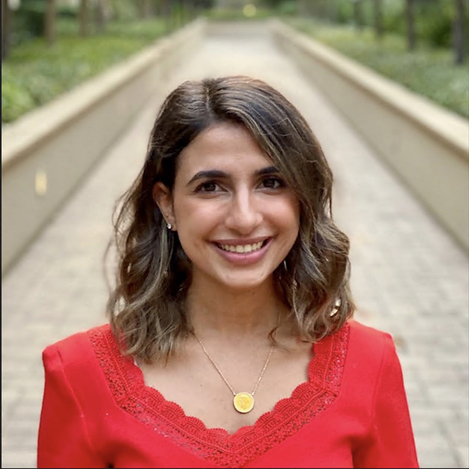 On September 16, the Council on Middle Eastern Studies (CMES) hosted Salma Mousa, assistant professor of political science at Yale and a scholar of migration, conflict, and social cohesion, for a lecture on her most recent research on the problem of waste management in Lebanon. Mousa’s lecture, titled “Co-producing public goods: Experimental evidence from a Lebanese recycling program,” was sponsored by CMES and moderated by its chair, Professor Marcia Inhorn. (view lecture)

Mousa began her talk by laying out the problem. In the summer of 2015, Lebanese landfills had reached capacity, leading to piles of trash accumulating on the streets of Beirut, the country’s capital, as well as being mass-dumped into the Mediterranean. “All of this mismanagement is despite the fact that Lebanon, which is a country the size of Connecticut, spends more than ten times on its waste sector than Jordan or Tunisia,” Mousa said. “So, this is not a question of there being no government funds or capacity. The money is there, it’s just that the system is incredibly inefficient.” Mousa added that the problem is not just confined to Lebanon. “The vast majority of extracted materials globally are not recycled,” she said, noting that over 90% of waste in low- and middle-income countries is disposed of in unregulated dumps or openly burned, causing significant environmental harms.

The root cause of the current inefficiency, Mousa argued, is that Lebanese citizens fail to sort their waste—trash, recyclables, and organics—at home, and the country lacks expensive machines at sorting facilities to do the sorting for them. To investigate a possible solution to the problem, Mousa and her co-researcher, Kristen Kao, partnered with a local waste management NGO called Nadeera and a launched a sorting program in Bickfaya, a small municipality in northern Lebanon. The sorting program gave residents QR codes which they could affix to their trash bags to be scanned and evaluated by investigators at the municipal waste management facility. The residents’ sorting quality was rated on a scale of 1 to 5, and the residents could elect to receive feedback on their sorting via a mobile app.

The experiment, Mousa said, “speaks to a really fundamental question in political science and social science, which is how we can encourage citizens to become co-producers of public goods.” In order to foster that encouragement, Mousa explained that communities require active citizen participation, strong formal and informal institutions, and, like other compliance challenges, a trustworthy government, social norm enforcement, and the ability to make private behavior publicly visible.

In Bickfaya, Mousa and her co-workers confronted what she described as a “gap between perceived and actual sorting quality,” as most Bickfaya residents claimed to care about proper waste management—97% believed sorting was a civic duty—yet often failed to properly sort their waste. “The average residents say the quality of their sorting is 4.1 out of 5, but in reality, when we actually inspected the bags, it’s 2.8 out of 5,” she said. “There’s a strong culture, but the actual implementation and knowledge is very low.”

Examining the residents’ sorting quality two months after the researchers’ intervention, Mousa said that the “average effect of inviting someone to join is a 0.3 out of 5 stars increase in sorting quality,” with the increase largely driven by better treatment of organic waste. In terms of compliance, Mousa said that half of the residents did not use the program, while a quarter used the combination of QR codes and the app, and a quarter just used the QR codes.

The economic and environmental benefits of such an increase, Mousa argued, are numerous. In particular, the rise of more attentive treatment of organic waste results in less compost in landfills, fewer pollutants in the air and soil, more clean organics to feed hogs and create fertilizer, and lower sorting plant operating costs. “This evidence shows that making norm-compliant behaviors visible by removing anonymity and at the same time giving people knowledge on how to comply increases citizen cooperation,” Mousa concluded. “Hopefully this shows a promising path forward for encouraging citizens in the Arab world and other developing, low-trust societies for how to become co-producers of public goods.”

Written by Jack McCordick, a senior in Yale College majoring in humanities.