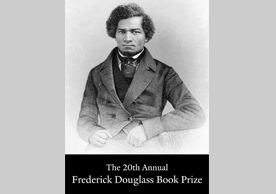 The finalists are: Daina Ramey Berry for “The Price for Their Pound of Flesh: The Value of the Enslaved, from Womb to Grave, in the Building of a Nation” (Beacon Press); Erica Armstrong Dunbar for “Never Caught: The Washingtons’ Relentless Pursuit of Their Runaway Slave, Ona Judge” (Simon & Schuster); Sharla M. Fett for “Recaptured Africans: Surviving Slave Ships, Detention, and Dislocation in the Final Years of the Slave Trade” (University of North Carolina Press); and Tiya Miles for “The Dawn of Detroit: A Chronicle of Slavery and Freedom in the City of the Straits” (The New Press).

The winner will be announced following the Douglass Prize Review Committee meeting in the fall, and the award will be presented at a celebration in New York City on February 28, 2019.

A jury of scholars that included Catherine Clinton (Chair), of University of Texas at San Antonio; Ada Ferrer, of New York University; and Sandra Elaine Greene, of Cornell University selected this year’s finalists from a field of more than 70 nominations. 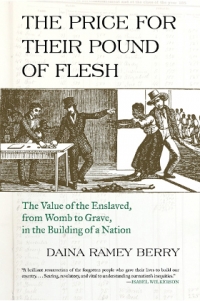 Daina Ramey Berry’s “The Price for Their Pound of Flesh: The Value of the Enslaved, from Womb to Grave, in the Building of a Nation” is a powerful work which engages scholarship on capitalism and slavery in a way that attempts to center the experience and thinking of the enslaved. Berry meticulously scoured thousands of records to uncover how the price of enslaved people varied by age and gender, offering a nuanced analysis of how capitalism shaped slavery. In an unexpected turn, she investigated the value of the bodies of dead enslaved people, uncovering disturbing detail about the “cadaver trade” and providing one of the few scholarly accounts of this practice. Studies of slavery and capitalism have dominated the field of U.S. history, but until the publication of Berry’s exhaustive study, no scholar has systematically examined how gender shaped this interaction. Her documentation concerning monetization of the flesh (from birth on through auctions and sales, to the trade in cadavers) shines the spotlight on “price” and its multiple meanings. This work contributes to our appreciation of the disguised aspects of slavery’s thrall. 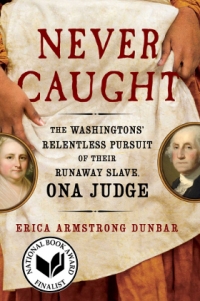 In “Never Caught: The Washingtons’ Relentless Pursuit of Their Runaway Slave, Ona Judge,” Erica Armstrong Dunbar tells the unknown story of how George and Martha Washington’s slave, Ona Judge, escaped from slavery. Drawing on a handful of surviving records, Dunbar skillfully manages to capture the full story of Ona Judge’s life. The book succeeds in keeping readers rapt because of the author’s gifted prose and profound ambition. Armstrong’s fluid style is but one of the book’s many virtues. “Never Caught” is not only a fascinating story of one enslaved woman’s daring flight, but also a vivid recreation of black urban life in the early republic. At the same time, this exploration of the mythic George Washington (adding his wife Martha into the mix) teases out stories behind the pillars, behind the masks—to create an imbricated tale which exposes slavery’s ragged and cutting edges. Dunbar has written a history that changes how we think about slavery and abolition, about the enslaved and the manumitted, and about the early republic and George Washington. 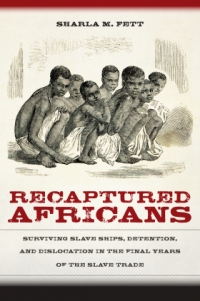 Sharla M. Fett’s “Recaptured Africans: Surviving Slave Ships, Detention, and Dislocation in the Final Years of the Slave Trade” is an outstanding study that focuses on those Africans who were retrieved from slave ships after the criminalization of the trans-Atlantic slave trade and who were then settled temporarily in the United States. Known as recaptives, this group of roughly 1,800 African children, men, and women, were then eventually resettled in West Africa (specifically Liberia) with support from the American Colonization Society. Fett does an excellent job positioning the book in relation to the larger literature on this subject. Her contextualization of the study only encourages the reader to explore the topic in greater depth. The book expands wonderfully on how the recaptives were depicted in public representations and in ethnographic mid-19th-century literature, how these depictions sought to distinguish them from the much longer resident African Americans, and how African American activists defied these efforts by supporting the recaptives and working to redefine them as members of the human family. Fett emphasizes, in particular, the liminal space occupied by the recaptives: how they were treated legally, given both domestic and international political prejudices, but also what the recaptives’ experiences of enslavement were like, and what it meant to them. It is an extremely compelling story, accessible to any interested reader. 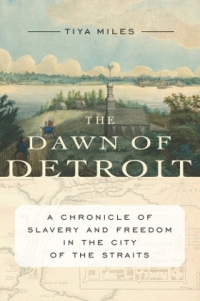 Tiya Miles’s “The Dawn of Detroit: A Chronicle of Slavery and Freedom in the City of the Straits” is a beautifully written and rigorously researched book. The book reveals the enduring centrality of slavery in early Detroit, through French, British, and U.S. rule.  Miles constructs a splendidly layered history in which enslaved Native Americans and African American labor in the fur trade—and on lands originally stolen from the former. The book is an important addition to recent work that stresses the foundational place of slavery in the northern United States, even when laws such as the Northwest Ordinance ostensibly prohibited the extension of slavery to the new territory. While highlighting the reach and power of slavery in Detroit, Miles also beautifully documents the ways in which the enslaved used war, alliances, the law, flight, and other means to challenge their own enslavement. Throughout this riveting text, personal and family stories illustrate and advance a narrative that rewrites our understanding of slavery in the making of the United States.

The award is named for Frederick Douglass (1818–1895), the one-time slave who escaped bondage to emerge as one of the great American abolitionists, reformers, writers, and orators of the 19th century.

The Gilder Lehrman Center for the Study of Slavery, Resistance, and Abolition, which is supported by the Whitney and Betty MacMillan Center for International and Area Studies at Yale University, was launched in November 1998 through a generous donation by philanthropists Richard Gilder and Lewis Lehrman and the Gilder Lehrman Institute of American History. Its mission is to advance the study of all aspects of slavery and its destruction across all borders and time. The Center seeks to foster an improved understanding of the role of slavery, slave resistance, abolition, and their legacies in the founding of the modern world by promoting interaction and exchange between scholars, teachers, and public historians through publications, educational outreach, and other programs and events. For further information on events and programming, visit https://glc.yale.edu/ or contact the Center by phone at (203) 432-3339 or e-mail gilder.lehrman.center@yale.edu.

Founded in 1994 by Richard Gilder and Lewis E. Lehrman, visionaries and lifelong supporters of American history education, the Gilder Lehrman Institute of American History is the leading American history nonprofit organization dedicated to K-12 education while also serving the general public. With a focus on primary sources, the Gilder Lehrman Institute illuminates the stories, people, and moments that inspire students of all ages and backgrounds to learn and understand more about history. Through a diverse portfolio of education programs, including the acclaimed Hamilton Education Program, the Gilder Lehrman Institute provides opportunities for nearly two million students, 30,000 teachers, and 18,000 schools worldwide. The Institute’s programs have been recognized by awards from the White House, the National Endowment for the Humanities, and the Organization of American Historians. For further information, visit https://www.gilderlehrman.org/ or call (646) 366-9666.