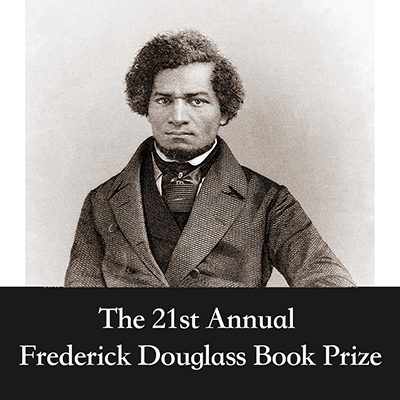 The winner will be announced following the Douglass Prize Review Committee meeting in the fall, and the award will be presented at a celebration in New York City on February 13, 2020. 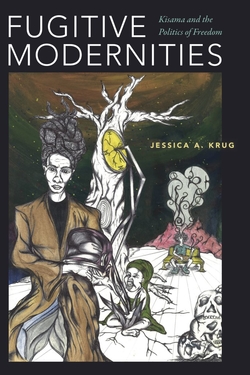 The jury’s descriptions of those works follow. Jessica A. Krug’s “Fugitive Modernities: Kisama and the Politics of Freedom” is an outstanding book that reconceives the history of political belonging in the world of Atlantic slavery. Krug tells the story of Kisama, a place on the margins of state politics in sixteenth- and seventeenth-century West Central Africa. Kisama became a point of political, social, and cultural reference—and sometimes even a national identity—in the Americas. With innovative research, style, and sense of purpose, Krug shows how fugitives from state power developed ideas and strategies for surviving the depredations of slavers and empires. Establishing the importance of these efforts in the formation of the Americas, she examines how logics of political belonging have been created and maintained outside the state. Rather than an out-of-Africa origin story, this is an account of the complex processes by which desperate people argued over and decided upon the terms of political legitimacy and self-governance. Krug’s narrative offers a vital new understanding of struggles for freedom within a violent and turbulent world. 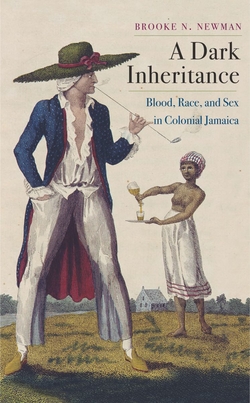 In “A Dark Inheritance: Blood, Race, and Sex in Colonial Jamaica,” Brooke N. Newman offers a groundbreaking study of the ways in which blood lineage, race, and gender were used and abused in Jamaica by authorities and planters. In justifying hereditary slavery, the white elite reasserted their hierarchical social status in fast-changing times. Based on extensive and systematic archival work, the book engages with a number of issues pertaining to the history of the African diaspora in the Americas, and it does so through the lens of cultural history. The result is a remarkable text, where ancestry and blood lineage take a central stage, highlighting the creative ways in which they were used to define and redefine who was a slave and who was not, and by extension who was “white” and who was not. Ultimately, this book challenges much of what we have assumed about British slavery in the Caribbean and the rest of the Americas. Newman’s eye-opening findings are likely to influence the historiography of the Spanish, French, and Dutch Caribbean slave systems, where similar notions of hereditary servitude were a central element for the reproduction of structures of control and domination. 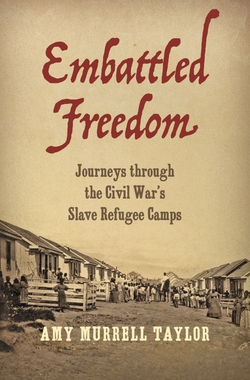 “Embattled Freedom: Journeys through the Civil War’s Slave Refugee Camps” by Amy Murrell Taylor is an original, nuanced, and extremely significant scholarly intervention in the history of emancipation and the American Civil War. Balancing triumphant and pessimistic narratives of the wartime destruction of slavery, it reveals the stories of individuals that structure the larger history of the thousands of African Americans who made their way to contraband, or as Taylor, adopting the abolitionist terminology, calls them, slave refugee camps. Narrating the incredible journeys of individuals in and out of the camps, she draws attention to their attempts to define freedom and politics of survival—securing work, finding shelter, battling hunger, clothing bodies, and keeping faith. In the process, she uncovers vast, untold stories of the freedpeople, whose exodus undermined slavery, weakened the Confederacy, and helped redefine the meanings of freedom and citizenship. Through exemplary research, theoretically sophisticated analysis, and wonderful prose, she brings individual experiences to light, writing the most vivid portrayal of experience in the camps ever published. Taylor concludes convincingly that former slaves’ acts of endurance inside these camps were a central element in the abolition of slavery. A masterwork of research and narration, Taylor’s meditations on the difficult yet inspirational refugee experience of freedpeople carries a timeless message for our own fraught times.

The award is named for Frederick Douglass (1818–1895), the one-time slave who escaped bondage to emerge as one of the great American abolitionists, reformers, writers, and orators of the nineteenth century.

Now celebrating its twenty-fifth year, the Gilder Lehrman Institute of American History was founded in 1994 by Richard Gilder and Lewis E. Lehrman, visionaries and lifelong supporters of American history education. The institute is the leading nonprofit organization dedicated to K-12 history education while also serving the general public. With a focus on primary sources, the Gilder Lehrman Institute illuminates the stories, people, and moments that inspire students of all ages and backgrounds to learn and understand more about history. Through a diverse portfolio of education programs, including the acclaimed Hamilton Education Program, the Gilder Lehrman Institute provides opportunities for more than five million students, 40,000 teachers, and 21,000 schools worldwide. The Institute’s programs have been recognized by awards from the White House, the National Endowment for the Humanities, and the Organization of American Historians. For further information, visit gilderlehrman.org or call (646) 366-9666.