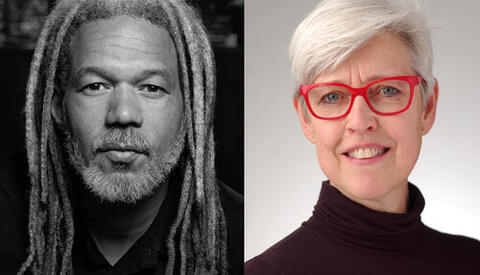 Yale University’s Gilder Lehrman Center for the Study of Slavery, Resistance, and Abolition today has announced the winners for the twenty-third annual Frederick Douglass Book Prize, one of the most coveted awards for the study of the African American experience. The 2021 Prize will be shared by two scholars. The co-winners are: Vincent Brown for “Tacky’s Revolt: The Story of an Atlantic Slave War” (The Belknap Press of Harvard University Press), and Marjoleine Kars for “Blood on the River: A Chronicle of Mutiny and Freedom on the Wild Coast” (The New Press).

In addition to Brown and Kars, the other finalist for the prize was Jessica Marie Johnson for “Wicked Flesh: Black Women, Intimacy, and Freedom in the Atlantic World” (University of Pennsylvania Press). All three books represent outstanding archival scholarship in Atlantic World history, with an emphasis on broad sites and forms of resistance to enslavement, reflecting the maturation of the field of slavery studies. Jury member Matthew Hopper noted that with the emphasis on the history of resistance to violence and oppression of people of African descent, these books “connect us to our contemporary moment.” 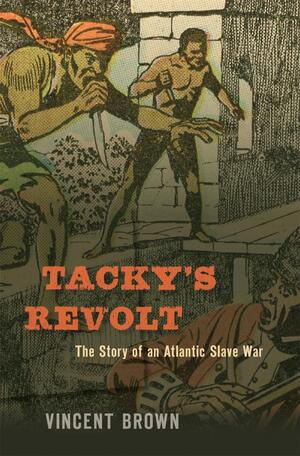 In “Tacky’s Revolt,” Vincent Brown expands on his pivotal digital project “Slave Revolt in Jamaica, 1760-1761.” Guiding readers through what he calls the “greatest slave insurrection in the eighteenth-century British Empire,” Brown argues that Tacky’s Revolt formed a larger part of what he calls the Atlantic Slave Wars, of which the Haitian Revolution is one of the most famous historical nodes. Jury member Marlene Daut noted that Brown “introduces new characters to the history of the Age of Revolutions through his amazing storytelling gifts.” The book, she added, pushes the start of the revolutionary period to the early 1760s and emphasizes that a “perpetual state of war between the enslaved and the planter class” was central to these long, sustained conflicts. 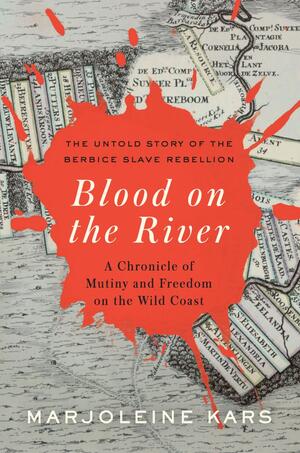 In “Blood on the River,” Marjoleine Kars treats the 1763-64 rebellion of enslaved Africans in the Dutch colony of Berbice with striking originality. Through creative and subtle analysis of participant testimonies, Kars uncovers motives and aspirations to explain how a protest against harsh treatment became a social revolution. This “beautifully written book,” jury chair Joseph Reidy observed, relies on a “gold mine of an archive to unpack hidden meanings” within a rebellion about which few historians had been familiar. With empathy and respect, Kars examines the complex dynamics of power struggles between the enslaved people, native inhabitants, and Dutch rulers of the colony. Gilder Lehrman Institute President James Basker noted that the book contributes “an impressive body of new historical knowledge and stands by itself as a lifetime achievement.”

The Frederick Douglass Book Prize was established by the Gilder Lehrman Institute and Gilder Lehrman Center in 1999 to stimulate scholarship in the field by honoring outstanding accomplishments. The award is named for Frederick Douglass (1818–1895), an enslaved person who escaped bondage to emerge as one of the great American abolitionists, reformers, writers, and orators of the nineteenth century.

The Gilder Lehrman Center for the Study of Slavery, Resistance, and Abolition is supported by the Whitney and Betty MacMillan Center for International and Area Studies at Yale University. The Gilder Lehrman Center was launched in November 1998 through generous contributions from philanthropists Richard Gilder and Lewis Lehrman. The mission of the Center is to create and disseminate knowledge about slavery and its legacies across all borders and all time. The Center strives to increase global understandings of the history of racialized slavery, its ongoing aftermaths, and enduring efforts to overcome injustice. The Center supports original academic research in the form of fellowships, the Frederick Douglass Book Prize, scholarly working groups, international conferences, and publications. The Center offers free public events to scholars, students, and the general community and educational workshops to a network of secondary school teachers and students. For information on events and programming, and to find out how you can support the continuing work of the GLC, visit https://glc.yale.edu/ or contact the Center by phone at (203) 432-3339 or e-mail gilder.lehrman.center@yale.edu.

The Gilder Lehrman Institute of American History was founded in 1994 by Richard Gilder and Lewis E. Lehrman, visionaries and lifelong supporters of American history education. The Institute is the leading nonprofit organization dedicated to K–12 history education while also serving the general public. Its mission is to promote the knowledge and understanding of American history through educational programs and resources. As a 501(c)(3) nonprofit public charity the Gilder Lehrman Institute of American History is supported through the generosity of individuals, corporations, and foundations. The Institute’s programs have been recognized by awards from the White House, the National Endowment for the Humanities, the Organization of American Historians, and the Council of Independent Colleges. For further information, visit gilderlehrman.org or call (646) 366-9666.