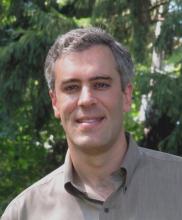 Douglas Rogers, associate professor of anthropology, has been awarded multiple prizes from the Association for Slavic, Eurasian, and East European Studies (ASEEES) for his book, The Depths of Russia: Oil, Power, and Culture after Socialism.

The Davis Center Book Prize, established in 2008 and sponsored by the Kathryn W. and Shelby Cullom Davis Center for Russian and Eurasian Studies at Harvard University, is awarded annually for an outstanding monograph published in the previous calendar year on Russia, Eurasia, or Eastern Europe in anthropology, political science, sociology, or geography.

The Ed A Hewett Book Prize, established in 1994 and sponsored by the University of Michigan Center for Russian, East European, and Eurasian Studies, is awarded annually for an outstanding monograph published in the previous year on the political economy of Russia, Eurasia and/or Eastern Europe.

Rogers also received an honorable mention for ASEEES’s Wayne S. Vucinich Book Prize, awarded annually for the most important contribution to Russian, Eurasian, and East European studies in any discipline of the humanities or social sciences published in English in the United States.

“The Depths of Russia” analyzes oil’s place in Soviet and Russian life, based on ethnographic fieldwork and archival research in the Perm region of the Urals. It challenges the common focus on high politics and Kremlin intrigue by considering the role of oil in barter exchanges and surrogate currencies, industry-sponsored social and cultural development initiatives, and the city of Perm’s campaign to become a “European Capital of Culture.”

Read an interview with Rogers in which he discusses The Depths of Russia.