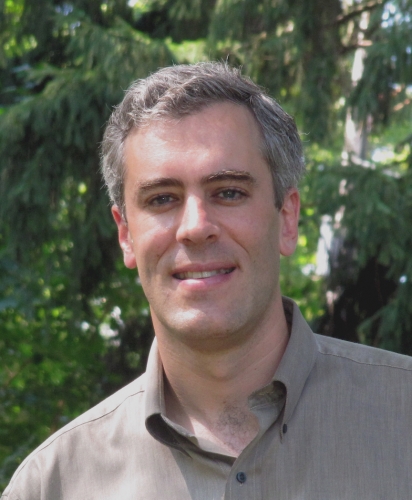 The Whitney and Betty MacMillan Center for International and Area Studies at Yale has announced the expansion of its Russian Studies program into the Program in Russian, East European, and Eurasian Studies (REEES) within the center’s European Studies Council. The new program will institutionalize Yale’s longstanding and emerging strengths in research, teaching, and public outreach about this part of the world, as well as foster partnerships among Yale departments and professional schools.

“I’m delighted to serve as the inaugural faculty director of the REEES Program,” said Douglas Rogers, Professor of Anthropology. “There is increasing demand around the university and around the world for the kinds of expertise offered by our faculty, and I am very grateful to the MacMillan Center and the Carnegie Corporation for their support as we expand our curricular offerings, public programming, and support for cutting-edge research. I look forward to working with colleagues near and far to build a REEES program that both expands Yale’s many long-running strengths in this field and responds to new opportunities.”

The recent hiring of several new faculty members—including Sergei Antonov and David Engerman in the Department of History, Edyta Bojanowska in the Department of Slavic Languages and Literatures, and Aglaya Glebova in the History of Art—will further add to REEES’s academic and programmatic offerings in the coming years.

“The MacMillan Center welcomes the additional resources and expertise the REEES program will offer to students and scholars.” said Ian Shapiro, Henry R. Luce Director of the MacMillan Center and Sterling Professor of Political Science. “Because this region of the world plays a significant role in our global society, it is important to continue to study not only its history but also the current on-going developments in its politics, economy, and culture.”

REEES activities will be diverse and range from supporting undergraduate and graduate students interested in preparing for careers in Russian, East European, and Eurasian affairs to hosting distinguished visiting scholars from around the world. With support from the MacMillan Center at Yale, the European Studies Council, and the Carnegie Corporation, REEES will organize high-impact international conferences, continue and expand the popular speaker and film series started under the Russian Studies program, support the M.A. program in European and Russian Studies, bring specialists to Yale to teach timely courses, and explore new opportunities with other programs and schools at Yale.

REEES will also work to strengthen and promote the Slavic and East European Collection in the Yale University Library. This collection is among the five largest in the United States with strong representation from Russian, Polish, and all Slavic languages. The primary subject areas collected are in the humanities and social sciences, with an emphasis on acquisition of materials from Russia, Poland, the Czech Republic, and other countries in Eastern Europe. The collection’s holdings from and about Central Asia are growing, and constitutes one of the premier collections in the field.

Full program details can be found at http://reees.macmillan.yale.edu/.