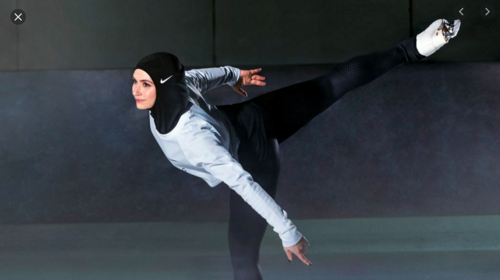 The following article written by Margaret Hedeman appeared in the Yale Daily News on November 18.

From his home in Hamden, CT, Director of Hellenic Studies George Syrimis spoke to over 50 women gathered on Zoom on Nov. 10 to discuss the long history of gender inequality that plagues competitive athletics, and more specifically, the Olympics.

The Yale University Women’s Organization, as known as YUWO, with the support of the Yale MacMillan Center, hosted the webinar, which was part of a monthly lunch-and-learn series, according to YUWO President Mary-Jo Warren. The title of Syrimis’ talk, “Women in the Olympics – ‘Impractical, uninteresting, ungainly … and improper,’” is a harsh reminder of founder of International Olympic Committee Pierre de Coubertin’s 1912 description of women competing in the Olympics.

While female representation in sports has come a long way since then, Syrimis aims to shed light on contemporary issues that plague the athletic community through his Yale College course, “The Olympic Games: Ancient and Modern,” which he teaches during the spring semester.

The course’s subject matter relating to women in the Games, which Syrimis summarized in about an hour for the webinar, covers the history of women in athletics from Ancient Greece to modern day.

“The major consideration still is … the way the institution or the federations or the companies lay claim to the female body,” Syrimis said in the opening of his talk. “This is a controversy that has always been around, and it mutates every couple of decades into a new issue.”

Syrimis began by citing the earliest evidence of women participating in a form of Olympic games, called the Heraea Games, which took place at around the same time and place as the Olympics in Ancient Greece.

He then discussed several controversies spanning from 1900, when women were first allowed to participate in the Games, to today. One such issue is the “genderism” of athletics, which suggests that certain sports only pertain to one gender. For example, rhythmic gymnastics is thought of as a very feminine sport, yet, a passage from the Odyssey suggests that men also once participated in this activity, Syrimis noted.

Economic inequalities also plague modern athletic competition, Syrimis said. While disparities in fan engagement and therefore broadcast deal opportunities may contribute to a pay gap between male and female athletes, Syrimis used the chicken and the egg analogy to describe what he believes is the cause of this disparity in professional sports.

“[Private broadcasting companies] are under no obligation to further anyone’s causes other than their own,” Syrimis said. “So their argument is that men’s teams have more viewers, therefore, we [broadcast] those that have the bigger audience. Of course, this is kind of a chicken and the egg scenario because the more you cover men’s sports, the more fans you will have for the male teams.”

After Syrimis described several other problems that the Olympics Committee faces — such as how to classify intersex and transgender athletes, sexual objectification, gender verification practices and sexual harassment — a guest appeared on the Zoom screen: Maura Grogan ’78, former Yale women’s hockey player and Olympic luger.

Grogan, who grew up a competitive figure skater, was part of the inaugural varsity women’s ice hockey team at Yale. Her stint with the luge, however, began seemingly abruptly compared to her skating career. While she was training in Lake Placid, New York during her freshman year of high school, Grogan’s father happened to witness a demonstration of the luge at her training site, and almost immediately he “pulled [Grogan] out of class saying, ‘I just saw the coolest sport, we have to try.’”

Six years later, during her sophomore year of college, she made the 1976 Olympic team.

Though many consider Grogan a pioneer for women’s sports both at Yale and in the Olympics, she expressed gratitude to those who came before her, citing Chris Ernst ’76 and the Title IX “strippers” of 1976 as the “real heroes.”

“When you’re going through it, you’re just focused on what you’re trying to accomplish,” Grogan said. “And you’re not really thinking about what it means. It’s only in retrospect, when you look back and think wow, you know, this, this was something pretty remarkable.”

To celebrate the 50th anniversary of both Title IX and varsity women’s sports at Yale, Grogan and fellow Olympian Mary O’Connor ’79 plan to host a series of activities that span the course of several days in October 2022. The Yale Women’s Athletic Network, a committee of Yale athletic alumnae, is scheduled to host the celebration.

Until then, the YWAN plans on putting together virtual programming run in conjunction with Yale Bulldogs for Change. The event is set to occur in February, Grogan told the News.

While female involvement in athletics continues to develop and grow, Syrimis recognized the great strides have already been made.

“What is troublesome is that still the governing bodies of the Olympic Committee are in their majority male, but the achievements of women throughout the 20th century have been extraordinary and remarkable,” Syrimis said. “I think it’s a great success story, for the women’s movement.”

Syrimis will offer his Olympics class over Zoom for students in spring 2021.