After Womenomics: How Will Japan’s Women Achieve the Empowerment They Were Promised? 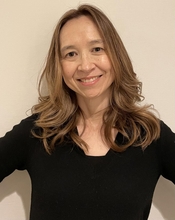 Shinzo Abe, the slain politician who served as prime minister longer than any other Japanese leader, often talked about creating a society in which “women can shine.” One of his signature economic pillars, dubbed “womenomics,” was built on a promise of promoting women in the workforce to address dire demographic problems like a declining and aging population. But many of his pledges, including an original target of placing women in 30 percent of corporate management jobs, remain unfulfilled. In reporting on the many challenges faced by women in Japan, I have explored the systemic and cultural roots of gender inequality. In this talk, I’ll share what I’ve learned about gender roles in the home, antiquated rape laws, inequities in higher education and the kind of progress gender quality advocates think is possible.
———————————————–
Motoko Rich is Tokyo bureau chief for The New York Times, where she covers Japanese politics, society, gender and the arts, as well as news and features on the Korean peninsula. In her six years in Tokyo, she has reported on a range of topics, including the administration and legacy of Shinzo Abe, two summits between President Trump and North Korean leader Kim Jong-Un, two Asian Olympic Games, the abdication of one emperor and enthronement of another, and stories about climate change, nuclear power and even J-pop. She has been a reporter with The Times since 2003. She started her journalism career at The Financial Times in London and also worked at The Wall Street Journal in Atlanta and New York. She is a graduate of Yale University and Cambridge University.
——————————————————–
This event is being sponsored by the Japan Foundation.