Democracy and Human Rights in the Middle East: Is Biden Any Better than Trump? 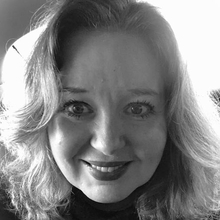 The Jackson Institute for Global Affairs will host the discussion, “Democracy and Human Rights in the Middle East: Is Biden Any Better than Trump?,” with Amy Hawthorne, Deputy Director for Research at the Project on Middle East Democracy (POMED).
The conversation will be moderated by Robert Ford Jackson Senior Fellow.
Hawthorne is a Middle East expert with a focus on U.S. foreign policy and on authoritarian governance, human rights, and the struggle for democracy in the region. She previously served at the State Department, during the Arab Spring; at the Atlantic Council’s Middle East program; at the Carnegie Endowment for International Peace; at the Hollings Center for International Dialogue; and at the International Foundation for Electoral Systems. Her writing has been published by Foreign Affairs, Foreign Policy, the Brookings Institution press, and other outlets. She has testified several times before Congress and provided media commentary to NPR, BBC, NBC, Al Jazeera, CNN, Reuters, Politico, the New York Times, the Washington Post, and the Los Angeles Times.
The event is open to members of the Yale campus community with Yale ID. Please RSVP.