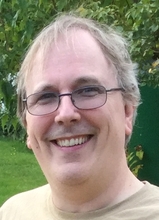 This paper will present the results of a preliminary investigation into gender-based differences in treatment of poetic topics (dai) in the waka poetry anthology, Eikyū yo nen hyakushu (‘The Eikyū 4 Hundred Poem Sequences’; 1117). This collection contains 701 poems on one hundred topics by seven poets, five men and two women. By this point in waka history, topic was a significant category which provided strictures for poets on suitable diction (kotoba) and conception (kokoro) to be used in the production of their poems. Poetic quality was often determined by the faithfulness with which poets adhered to these strictures rather than by any demonstrations of innovation or individuality.
Nevertheless, men and women view the world differently, with those views shaped by the socio-cultural expectations of types of behaviour and knowledge associated with different genders and roles. For the aristocracy in Heian Japan, these expectations for men and women were rigid, and everyday life and activities differed widely. This would suggest that it would be unusual if male and female poets treated topics identically and differences between men and women’s poetry have been acknowledged since the dawn of waka poetics.
Through an analysis of the diction, and thus the associated conception (imagery and emotional tone) used by the male and female poets in Eikyū hyakushu this paper will determine the extent to which there is evidence for gender-based differences in the treatment of poetic topics, what these are and thus provide a concrete basis for wider analysis of the waka canon.
Dr. Thomas McAuley is a Senior Lecturer in Japanese Studies at the School of East Asian Studies, University of Sheffield, UK, where he teaches premodern Japanese language and literature, as well as Japanese-English translation. His main research interests lie in premodern Japanese literature, with a focus on the waka poetry and poetics of the late Heian and early Kamakura periods (late twelfth century). He has recently published a complete translation and commentary of the ‘Poetry Contest in Six Hundred Rounds’ (Roppyakuban uta’awase; 1193) (Brill, 2020), the most critically significant poetry contest of the period, as well as the largest judged by a single individual, Fujiwara no Shunzei. He is an active waka translator, with over 6,000 translated poems available online (www.wakapoetry.net).