Commentary – Lessons of the Rohingya genocide 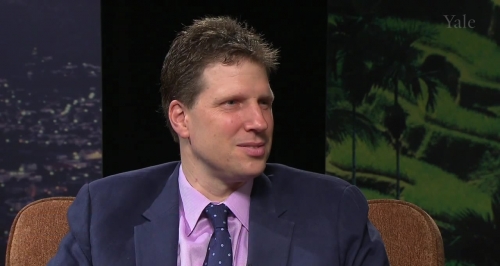 A genocide is underway against the Rohingya of Myanmar. Chronic tensions and sporadic episodes of violent persecution of the group – an ethnic Muslim minority group based in Western Rakhine state, along Myanmar’s Bay of Bengal coast – have devolved into a concerted campaign over the past three months. As several recent reports document, in recent months security forces, allied militias, civil society organizations, and citizens have committed atrocities ranging from pillaging, looting, and forced displacement to rape, torture, and murder against the Rohingya.

While atrocities are not in and of themselves tantamount to “genocide,” a 2015 study conducted by the Allard K. Lowenstein International Human Rights Clinic at Yale Law School found ample evidence that the violence against the Rohingya has indeed constituted violations of the United Nations Genocide Convention. The study concluded that the Rohingya constitute a distinct group by ethnicity and (vis-à-vis their perpetrators) religion (pp. 42-44) and that “the massive scale of the persecution, attacks, killing, and intentional displacement of Rohingya demonstrates intent to destroy the group, in whole or in part” (p.58). The 2016-17 violence took place after the release of the Yale report, but by all available accounts the pattern has conformed to precedent.

Of course, the Myanmar government disputes the allegations, charactering the actions of its forces as anti-terrorism “clearing operations.” It also claims that eyewitness accounts have been fabricated (while denying outside observers, including foreign journalists and even a United Nations contingent from the Office of Genocide Prevention, meaningful access to the region). Writing in the New York Times this past weekend, former Human Rights Watch researcher David Scott Mathieson describes the regime’s rebuttals as “a combination of callous, clumsy and sometimes comical.”

As a consensus that genocide against the Rohingya is taking place emerges, two sets of lessons about genocide in the 21st Century – and efforts to prevent it – bear articulating. The first is a reminder that genocide is entwined with the concept of political exclusion. Indeed, genocide is the ultimate expression of the effort to exclude a group from political community. The rhetoric against Armenians in the Ottoman Anatolia, Jews in Germany (and in Central and Eastern Europe), elites in Cambodia, and Tutsis in Rwanda castigated each as an outsider vis-à-vis their respective polity, and therefore undeserving of the recognition or protection of their rights by the state. In each, a pretext of military conflict then led to scapegoating of the antagonized group as some version of an “existential threat” to the state itself. Not only have Burmese policies have stripped the Rohingya of citizenship rights over the course of several decades, but most anti-Rohingya rhetoric (including official references) uses the term “Bengali,” an allusion to foreign origins and allegiances. The October border post attack simply became the pretext for affirming the prejudice that all Rohingya, established as outsiders, constituted a threat.

The plight of the Rohingya resonates globally in today’s world of ascendant ultra-nationalist politics. The rhetoric of non-belonging, along with efforts to strip or constrain citizenship, should serve as a red flag warning of a heightened risk of genocide. To remove citizenship from resident peoples does not just sever access to a collection of privileges, it also exposes those peoples a double whammy of persecution (for being an outsider) without protection (which is accorded only to “insiders”). The Rohingya, effectively stateless once deprived of citizenship by their government, are suffering those consequences.  Other groups who lose protections of the state in other countries – whether Sunni Muslims in Iraq, Coptic Christians in Egypt, or Middle Eastern migrants to the United States or Europe – could find themselves similarly at risk.

The second set of lessons from the Rohingya crisis concerns the state of the international capacity to stop genocide, once it is underway. Fundamentally, sovereignty and economic interests continue to reign supreme. Depressingly, this is the same lesson that the outgoing U.S. ambassador to the UN, Samantha Power, reached in her landmark, much lauded (pre-service) book A Problem from Hell. It is the same lesson that Kofi Annan came to understand when he reflected upon the failures of the United Nations in Rwanda (under his predecessor, but while Annan served equally culpably as the UN’s Director of Peacekeeping Operations). And it is the same lesson that led the Independent Commission on Intervention and State Sovereignty (or ICISS), appointed by Annan, to articulate the doctrine of a “responsibility to protect.” The latter, known as R2P, attempts to identify the principles and circumstances when humanitarian concern must override strict respect for sovereignty and national self-interest. It does so by recognizing that the responsibility to protect individuals from harm and communities from destruction lies originally with the sovereign state in which they sit. However, per the doctrine, when the state fails to provide as much – as the Myanma state has done with respect to the Rohingya – the international community, through the organs of the United Nations, must step in an exercise its own, supranational responsibility to protect those under threat.

Despite repeated international commitments to the contrary, R2P fails when asked to do its heaviest lifting. The government of Myanmar has suffered little international sanction. Reasons for this include that outside supporters have been loath to criticize what diplomats characterize as a young and fragile democracy; that the country possesses ample natural resources and has separately courted the China, Europe, and the United States to assist in (and profit from) their exploitation; that China, Myanmar’s next-door neighbor, has never been particularly enthusiastic about the limits to the deference to sovereignty inherent in the R2P doctrine (and has its own campaign against a Muslim minority, to boot); and finally that the Myanma government, no doubt keenly aware of these sources of reticence, has fought hard to keep scrutiny at bay – as international human rights organizations and United Nations commissions have, with frustration, experienced.

There is, alas, no cheery prognosis for the Rohingya in Myanmar, nor is there any evidence that the arc of international organization is bending toward a norm of more robust civilian protection. For all the late-1990s, post-Rwanda garment rending (not to mention early-2000s report writing), little has changed in the world’s ability to prevent atrocities visited upon minority groups by state aggressors. The lesson of the Rohingya in Myanmar is not different from the lesson of the people of Darfur in Sudan, or of the various opponents of the Assad regime in Syria: while the world may possess a blueprint for protecting civilians from atrocities, but it does not yet possess the will – nor the incentives – to turn the blueprint into a functioning ethic.