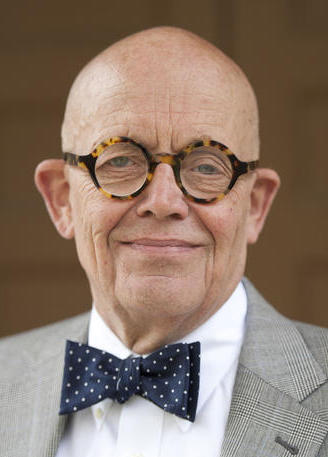 Douglas Rae, Richard Ely Professor of Management Emeritus at Yale, will give a series of three lectures this month on “Capitalism: Knowledge Drives Wealth” for the Henry L. Stimson Lectures on World Affairs at the Whitney and Betty MacMillan Center for International and Area Studies at Yale.

The “Capitalism: Knowledge Drives Wealth” lectures will focus on three themes: “What the American Founders Got Wrong,” on Tuesday, October 22; “When Markets Force Learning: America in the 19th Century” on Wednesday, October 23; and “America’s Unequal Capitalist Republic” on Thursday, October 24. All three lectures begin at 4:30 p.m. in Henry R. Luce Hall Auditorium, 34 Hillhouse Avenue. They are free and open to the public. The lectures are sponsored by the Whitney and Betty MacMillan Center for International and Area Studies and the Yale University Press.

Professor Rae came to Yale in 1967 as a junior faculty member in the political science department. He has had a distinguished career in research on political and economic systems and has published widely, including the prize-winning Political Consequences of Electoral Laws and a stream of scholarly articles in leading academic journals.

In 1990-91, Rae took public service leave from Yale to be Chief Administrative Officer of the city of New Haven, under John Daniels, its first African-American mayor. His work since then reflects that experience. City: Urbanism and Its End has attracted wide attention. His Murder in the Model City with Paul Bass, tells the story of May Day 1970 and the Black Panthers at Yale. He is currently writing a book on American capitalism. That book’s primary theses form his 2019 Stimson Lectures.

Previous Stimson Lectures have included “Political Order in Changing Societies” by Samuel P. Huntington; “Financial Crises in Emerging Markets” by Alexandre Lamfalussy; “Arms and Influence” by Thomas C. Schelling; “The Arab Center: The Promise of Moderation” by Ambassador Marwan Muasher; “Beyond the Democratic Maze” by John Dunn; “What Happened to National Liberation” by Michael Walzer; “The Imprint of Congress” by David Mayhew; “FDR’s Third Hundred Days” by Susan Dunn; “Liberal Ideals & International Realities” by John J. Mearsheimer; “America Confronts the Post-Imperial World” by William R. Polk; “The Lost History of Global Intelligence—and Why It Matters” by Christopher Andrew; “Exigencies: From Impermanent Emergencies to Enduring Exceptions” by Ira Katznelson; and “Britain and Europe in a Troubled World” by Vernon Bogdanor.